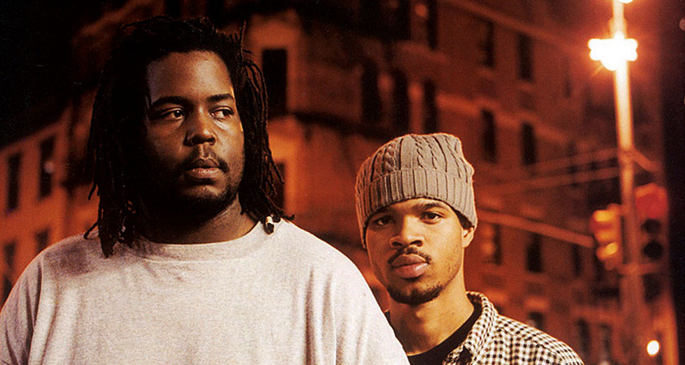 The New York duo are back with three dedications to their home city.

We can barely come to terms with the fact that it’s been almost thirteen years since Cannibal Ox’s near-flawless debut The Cold Vein. When it dropped, rap was in a tough spot and didn’t look likely to shake itself free of its self-conscious underground trappings, so Cannibal Ox’s bizarre, murky sci-fi ramblings were a much-needed diversion from the incessant chants of “who’s the realest?”. Now the duo have patched up their differences and finally put together this new Kickstarter-funded EP to appease fans who have been waiting eagerly for new sounds with backpacks at the ready.

Shockingly, given the fact that original producer El-P has been replaced by Bill Cosmiq, the new tunes capture exactly what we loved about Cannibal Ox back in the day. Vast Aire and Vordul’s assured rhymes are spread like butter across gloomy, noise-drenched backdrops, and it’s clear from the off that the focus is very much New York. Hell, there’s even a nod to Tina Fey’s 30 Rock alter-ego Liz Lemon. It might not be a new album, but with Gotham, at least that’s now a possibility it’s worth entertaining. [via Spin]