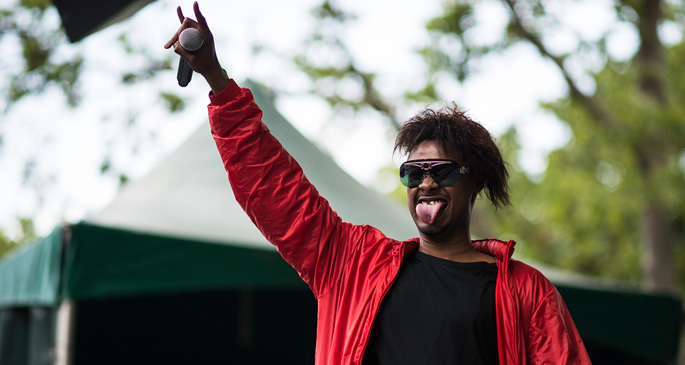 Late last night, when most of us were sound asleep, Danny Brown dropped brand new track ‘Express Yourself’.

Weirdly enough it’s not an advance taste of the forthcoming Old, rather Brown heard a beat from producer Trampy and decided to drop some bars on it and throw it out into the world. See, this is why we get excited about Danny Brown; he’s clearly still excited about music in general, and that’s more important than most people realize.

‘Express Yourself’ is a low-end heavy slow-burner, and typically it’s Brown’s double-time sex rhymes that elevate it past the throw-away freebies of his peers. It’s not dropping anything new on the table, but Trampy’s minimal, creepy beat supports Brown with just enough restraint to allow him to shine.