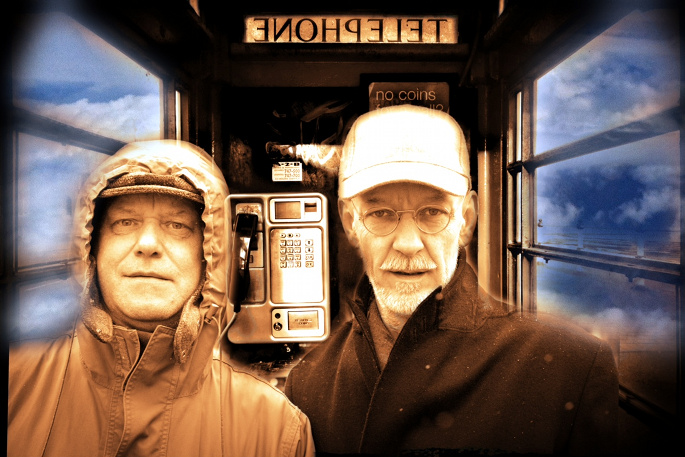 The Orbservor in the Star House, last year’s collaboration between ambient pioneers The Orb and dub master Lee ‘Scratch’ Perry was one of 2012’s most unexpected treats.

Described by FACT’s Steve Shaw as the best thing the group has produced in a decade, the unlikely trio will continue their adventures this year on a new album, More Tales from the Orbservatory. FACT caught up with Alex Paterson and Thomas Fehlmann in the build up to tonight’s live show at London’s Brixton Academy to find out more about the new album and what else they have in the pipeline.

What made you want to go back to the sessions you recorded with Lee ‘Scratch’ Perry for The Orbserver in the Star House?

Thomas: It wasn’t a case of wanting to go back at all. We just had to continue! I felt the urge straight after finishing the Orbserver album. It was just too much material to put it all on one record, too many tracks with an unique heart to themselves and thankfully it’s totally legal to do more than one albums worth of music in one session, innit. The Orb in full flight.

It was a pure joy to develop the tracks further, boost the essentials, fly in some more field recordings, thicken the beats, pump more bass and dub it out farther. Again, ideas just flew in and the reason I state the obvious is that it was a rare session in terms of the wealth of kicking material accumulated in one week. We were addicted to finish this gigantic puzzle in all it’s detail. 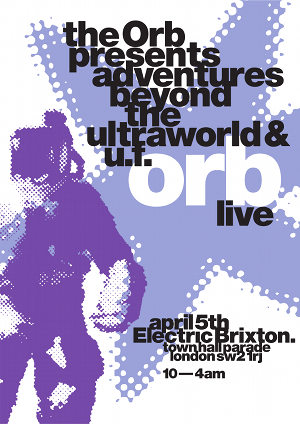 What is the biggest difference between the two records? How did your approach to the material differ this time around?

Alex: Spiritual injections of love, and shaking dubs with universal dub. These tracks were written at the same time as Orbserver, [but] we took another approach to this album in that we wanted to release More Tales as a vinyl LP – old school, with vocal tracks on side one and the instrumentals on side two. Also we had half a year to get a more Orb sound together  plus we had some vocal takes, like ‘Fuzzball’ that we built the music around. Lee is taking us back to the Clocktower and buzz-rock days of Jamaica. It’s magic.

Is there anyone out there that you’d love to collaborate with that you haven’t already?

Alex: Maybe, but that’s state secret just now. I can tell you, it won’t be Eno … not Brian or Roger … but it could be the biggest of them all. A clue: they come from North America. There’s a little idea of working a hero of mine too, John Foxx, but that’s just chat [for now].

It’s the Orb‘s 25th anniversary this year, what can we look forward to in the future?

Thomas: We are planning a release with Island in october, a “history of the future” album – the singles selection so to speak, with a British tour taking shape. Stay tuned for more new albums too, we are working on another special guest for next year, plus we have a unfinished opera called Moon Building that we are planning to release as early as possible. There’s also a free album to download on the new Orb site, that’ll be up for Easter.

What’s the best thing you’ve heard this year and why?

Alex: ‘Shafty’ by Metamono. Why? Because it sounds great at both speeds and the B-side has a wonderful version of ‘Warszawa’, off Bowie’s Low album. Also because they are keeping the spirit of vinyl alive in 2013. They’re supporting us at Electric Brixton tonight.

Thomas: I recommend Die Zauberhafte Welt Der Anderen by Voigt & Voigt the new album by the core characters of the Kompakt label. Again they prove it to be fun to fuse the unthinkable – Roxy Music, industrial, classical and your brother – and transform it in their own, consequently renewed looperama. Art is research and they deliver a welcome blueprint for a fresh take on electronica.