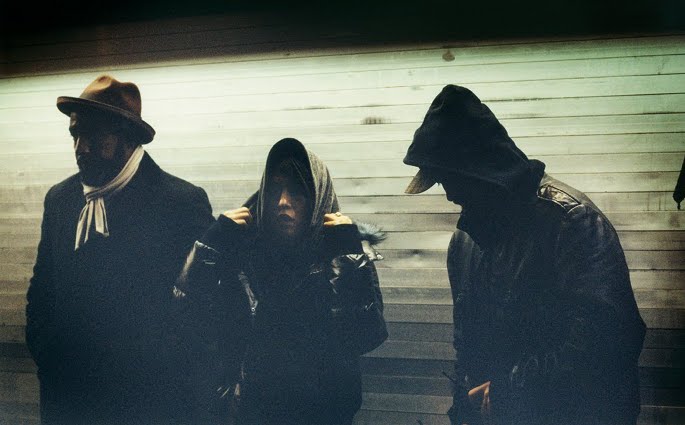 More so than most acts, FACT have a big, velvety soft spot for King Midas Sound.

Since 2008’s debut Cool Out EP, the KMS triumverate – Kevin Martin (aka The Bug), poet Roger Robinson and singer Kiki Hitomi – have continued to impress. Their 2009 full-length Waiting For You was a heartsore collection of contemporary Lovers Rock, carried by Robinson’s bantamweight croon and Martin’s broiling low-end. 2011’s Without You, meanwhile, is one of the better remix albums in recent memory, stuffed with inspired re-voxes, edits and unexpected guests (Green Gartside, anyone?).

As reported, the trio have hopped over to Ninja Tune for a new album, currently under construction and due later in the year. With the band’s forthcoming single ‘Aroo’ set to drop on Record Store Day, FACT touched base with Robinson to discuss intra-band politics, solo plans, and moving on from Hyperdub.

“You have to understand: if you put three of the strongest, biggest characters in a room together, you’re going to have disagreements.”

After several releases on Hyperdub, King Midas Sound have moved to Ninja Tune. How and why did the move come about?

“Hyperdub is an incredibly good record company with a lot of really big thinking. We all miss Hyperdub a lot because of the efficiency, their belief in music, and their vision. The move came about when we sat down to chat, it was becoming evident that the way we were going wasn’t a good fit for them and the way they were going wasn’t a good fit for us. We still love them and all their artists to death though.”

How will the new King Midas Sound single differ from the material on Waiting for You?

“We’ve jettisoned the 21st century Lovers Rock and we’ve set our sights on where drone melancholy and fuzz blisteringly collide. The sweet voices on Waiting for You have a hint of bitterness now. One journalists who’d seen some of the live material described it as an apocalyptic “My Bloody Valentine in Dub” I think that goes some way to  describe what it’s like.”

How far along is the new album, and is there anything you can tell us about it?

“We have about eight songs but it’s a bit of a process still. We usually record a lot of material before we start even thinking about what would be on the album. We definitely have different types of songs that are emerging: in-yer-face belters, drony swoony love songs, and mid-tempo head nodders.”

Interviews around the time of Waiting For You made it sound like recording as King Midas Sound was quite intense – a lot of perfectionism, and a fair few disagreements. Has the working process relaxed since, or is it just as intense?

“You have to understand: if you put three of the strongest, biggest characters in a room together, you’re going to have disagreements. Each of us, I think, brings something unique that adds to what the other person has brought. I think that’s why I enjoy working with Kevin and Kiki because none of them are afraid to say that’s not good enough, and neither am I. We argue like brothers and sisters though, not like enemies. So…no I don’t think it’s relaxed but it is rewarding and fun.

“Kevin is an amazing producer with a great ear for what’s not working, and his head is like the internet for music. Kiki is the queen of melodies and tone, and also all types of art direction and fashion. I’m a writer, lyricist and singer. But the wild thing is that we can all switch from our specialties and still create artistic surprise. I’ve never been in a band where all three people can do that effectively.’

You’ve been releasing a decent amount of solo work – how does that differ from working with King Midas Sound, for you? And could you tell us a little about the solo projects you have coming up?

Being in King Midas Sound you learn a hell of a lot. When we are touring we might talk on a plane or a train for six hours straight just about music. It’s like exchanging ideas with some of the most knowledgeable musicians in the world. I’ve definitely learned a lot over the past six years. All during that time I’ve had ideas forming and the solo stuff is putting all the ideas I’ve had (that wasn’t for KMS) into song. I’m really enjoying the process. I think that solo-wise I’m nearly opposite to KMS, in that it’s quiet and contemplative. Coming up solo wise I have a new video and single called ‘Ghosts’ and then the Novella EP and mini-doc with the lead song and video called ‘Sheets’. All this leading to the New Broken Things album later this year.