“It was sort of commercial suicide”: Oval revisits his ambient masterpiece 94Diskont 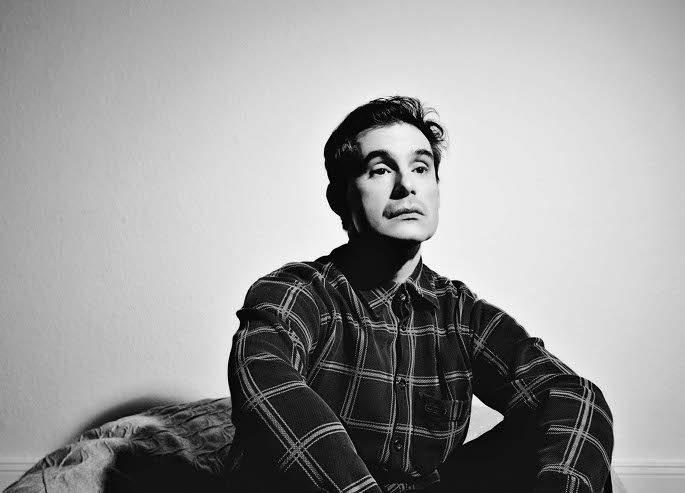 “There are always these two levels to everything I’m going to answer” warns Markus Popp, aka Oval. “There’s the practical, or musical, level, so to speak, and then there’s the programmatic level.”

Oval’s classic sound – ugly-beautiful collages of skipping CDs, mechanical boobs and unlikely digital stutters – fits this Janus-faced approach nicely; his best releases are at once cerebral experiments and things of curious elegance. A conversation with Popp has a similarly two-tiered feel. On the one hand, the German producer comports himself like one of his programs – his thoughts are meticulously ordered, and communicated, without pause or stammer, at both length and speed. On the other, he’s an energetic and passionate subject, speaking with fervour and energy about two decades’ worth of pioneering electronic experiments. For all his efforts to challenge conventional notions of musicianship, there’s a consonance between the man and his music he makes which borders on the Romantic.

Oval began life as a three-piece (with Sebastian Oschatz and Frank Metzger), releasing low-key debut Wohnton back in 1993. It wasn’t until 1994’s landmark Systemisch, however, that the project really found its feet. Laid down on an entry-level Yamaha sampler with 50 seconds of sampling memory, Systemisch collects straight-faced loop compositions (sample titles: ‘The Politics Of Digital Audio’; ‘Compact Disc’) stitched together from sonic errors and digital flotsam. Although highly influential, it was swiftly eclipsed by follow-up 94Diskont – a Rosetta Stone for the mid-1990s ‘glitch’ movement, and easily one of the most highly-regarded electronic albums of the decade, As we noted in our Top 100 Albums Of The 1990s list, it’s a “serene, somatic, and impossibly graceful” record; a forthcoming Systemisch/94Diskont reissue package from Thrill Jockey promises to cast renewed light on a twinkling gem.

“I really don’t like experimental music. It really gets on my nerves.”

Like so many great electronic records (Aphex Twin’s Selected Ambient Works, for one) the roots of 94Diskont lie in boredom, ennui and a sense of isolation: “The glitch was, to me, much more a means or a method to surprise myself, without being random, because I really don’t like experimental music. It really gets on my nerves. So I listen to very normal music, mostly played by real people on a small stage.” Those early Oval records were “a means to be contemporary or on a student budget, and be surprising and new – that was kind of the Venn diagram I wanted to hit, the elements I wanted to merge into something. Having no money and no connections because I was sitting in the German countryside – in a no post office, no gas station, no supermarket kind of village. If you’re in that environment, you don’t think about revolutionising music – you just want to do something that surprises yourself” 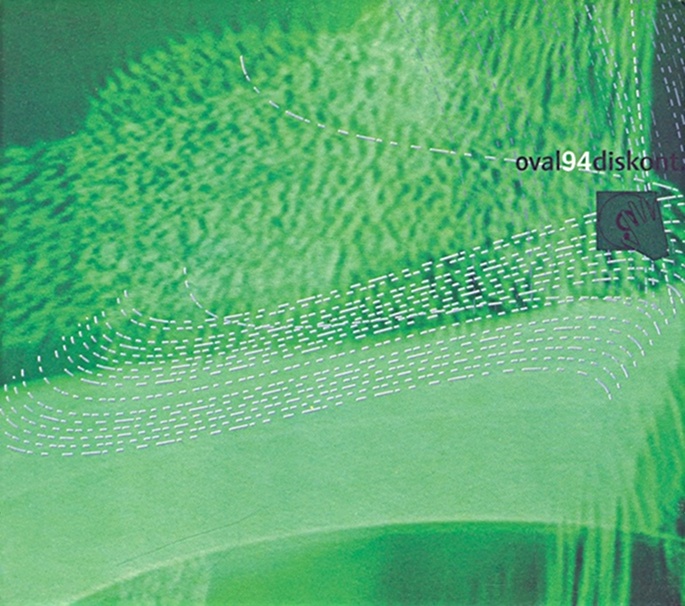 Although Systemisch and 94Diskont are often remembered as abstruse records, Popp’s aim was never to alienate or befuddle. Instead, he sees his compositional strategies as redemptive rather than destructive: “They were very deliberate, linear, hand crafted songs…it’s just they were composed out of the most unlikely building blocks. That’s the misunderstanding with “glitch”: for me, it was not about a notion or a concept of music that was intact – that I producing some intact kind of music from typical ingredients and building blocks and then “glitching it up” to make it more postmodern or contemporary or hip or whatever, you know? Instead, it was much more to prove a point to whoever – maybe even to myself – to take these seemingly unusable fragments and work them into something that, if you change your perspective on things – and I kind of wanted to force people to change their perspective on things – sounded like songs”.

Strong-arming people around to his way of thinking was far from easy: “At the time, it was absolutely not clear that Systemisch would find a label. Half of the people I sent this material to – of course, it sounds like a made up anecdote – but the people sent it back saying “there’s something wrong with that tape, send it again””. When interest did come, if was from unexpected quarters: “Two labels were interested – it was R&S, who were more like a dance label I think, a pretty big one, and the other one was Mille Plateaux – so it was a really weird choice I had to make. That was it, and nobody else was interested. It was all, “what’s this shit?”. 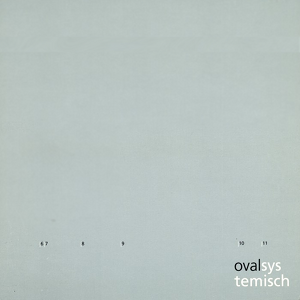 94Diskont was conceived and created as a “companion piece” to Systemisch. “94diskont was from the same sessions – it came out three months after Systemisch, which was sort of commercial suicide. At the time, there were real record labels and distributers and stores, just as much as there are around today – but maybe the landscape , as you certainly know, was a little different at the time. So it was not exactly recommended to come out with a record, especially after having released something like Systemich that maybe would take people a little time to digest”. Still, for those who found the “monochrome gesture” of Systemisch offputting, 94Diskont offered a sweeter, more beguiling selection: “Working on Diskont after having done Systemisch was taking the opportunity to do things differently, to inject more flow and melody into the tracks”.

“Nobody else was interested. It was all, “what’s this shit?””.

94Diskont’s highlights are numerous: check the glade music of ‘Line Extension’, or the giddy rush of ‘Cross Selling’. Really, though, 94Diskont lives and dies on ‘Do While’ – the 24 minute dreamscape which opens (and, in truncated form, closes) the record. ‘Do While’ began life as part of an immersive installation piece (also titled ‘Wohnton’), conceived by Popp as a way of dodging conventional modes of performance: “‘Wohnton’ consisted of eight modules of 16 speakers each, so that’s a total of 128 speakers…The sampler I was using at the time was the Yamaha GX16-W sampler. That sampler had a feature or a bug – I’m not sure – but you could set it to a certain mode where it could play any sample from that sample set randomly out of the individual outs of the hardware unit”. If ‘Do While’ is immersive on disc, its live incarnation sounds postively overwhelming: “Connecting those outputs to the four stereo amplifiers resulted in the music being split up into these tiny fragments, because every sample the track consisted of was played back from a different speaker from somewhere else in the room. So the track was kind of moving around in the space, but in a different way to how you would expect” 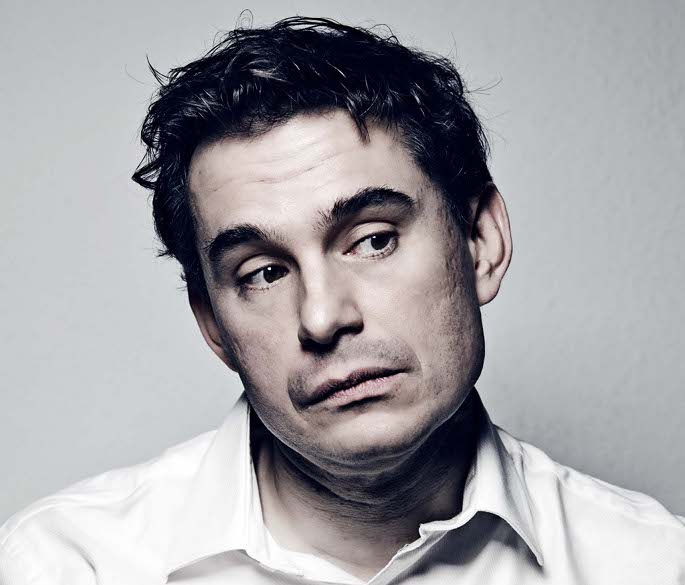 Popp is uncomfortable plotting whatever influence 94Diskont might have had – partly through a sense of modesty, partly through a degree of dilettantism: “I don’t have an encyclopaedic knowledge about musical genres and musical history – you can ask me pretty much anything about videogames, but not so much about music. I wouldn’t even know the influence of any music on any other music, let along the influence of my music!.” He is, however, noticeably humbled at the thought that he might inadvertently have “come up with something that’s actually touching people.”

Since 94Diskont, he’s continued experimenting with installation pieces and high-concept projects: 2000’s Ovalprocess offered a “structuring, editing, playing, browsing environment” running off specially designed terminals, and last year’s OvalDNA saw Popp distribute 2000+ DRM-free audio files for listeners to use as they wish. Perhaps most significantly, though, he’s continued to explore the musicality that made 94Diskont so compelling. 2010’s O was one of contemporary electornica’s biggest volte-faces, shunning digital recomposition in favour of live instrumentation and songcraft. This year also saw the release of Calidostópia!, a free-to-download series of old Oval material reimagined in collaboration with a string of Brazilian vocalists and producers.

Popp is well aware of the way his practice has developed and adapted since 94Diskont: “In the 1990s, I was very cautious to position myself as a “musician”, let alone a composer. I didn’t want to contribute too much to what I at time called music-with-a-capital-M, or the music business, as we knew it at the time. And, of course, today there is still a music business – or what’s left of it. So I was very cautious and very reluctant for various reasons as I have explained before. Today, I engage with music on a whole new level. I have developed – and that took years to pull off – I have developed my own music skill set. I actually play my own music now, which means I speak the language, and I have so much more control over the composition on an unprecedented level of detail”. Popp says he can sum up the transition in “one phrase”: “Today, I can tell the story not only from outside the music container, where I was before, but also from inside, because I’m actually playing music.”

Reissues aside, Popp has numerous plans afoot for 2013. A second South American record, featuring material from the Calidostópia! sessions, will drop in Summer (although he’s keen to stress he’s “not entering my Peter Gabriel phase!”). More unexpectedly, he’s also working on a mini-opera called Miscontinuum, made in association with regular collaborator Jan St. Werner (of Mouse On Mars): “I do the script, I do text plus narration, and he does music and video.” Is working with text gratifying? “It can be a frustrating medium, maybe for me because I’m not a professional. You can edit and change text on a very high level of detail, as opposed to music – at some point, it’s just done. If you hit the right kind of atmosphere and sound, you just go with it. Text, you can go very much into details. It’s very fun”. Some distance from 94Diskont then – but only so far: “This is Oval music after all – so there’s always something wrong with it, sort of.”