Gucci Mane indicted on one count of aggravated assault 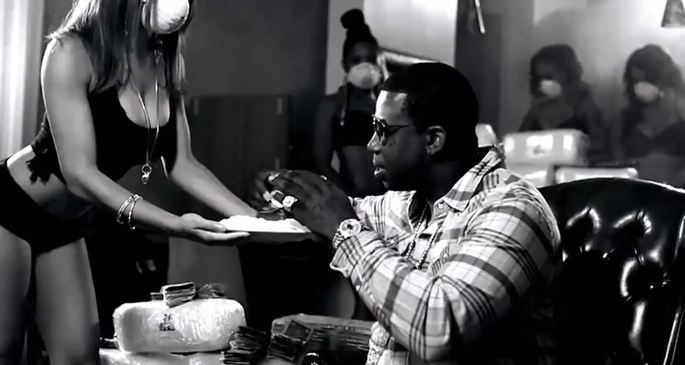 Big Guwop has had a mixed year so far; on one hand, 2013 has been a devastating return to form, seeing the once-bruised rapper’s late-2012 winning streak continue in full force with a string of unbeatable tracks and five(!) mixtapes. On the other hand, the year has been fraught with conflict, with a very public breakdown in communications with fellow Brick Squad boss Waka Flocka Flame and yet another brush with the law.

While Waka and Gucci may have agreed to disagree, the recent assault charge doesn’t look like it’s going away any time soon as yesterday the rapper was officially indicted in an Atlanta court. Gucci stands accused of hitting a fan (who later turned out to be a Marine, oops) with a Champagne bottle on March 16, and while this is entirely believable (it’s Gucci, c’mon), the lack of witnesses leads us to believe that Guwop actually stands a chance pleading not guilty. He’s spent two weeks in jail now, and thanks to his previous tangles with the boys in blue it doesn’t look like he’s going to be able to put finishing touches to Trap House III any time soon. Free Gucci! [via The Fader]