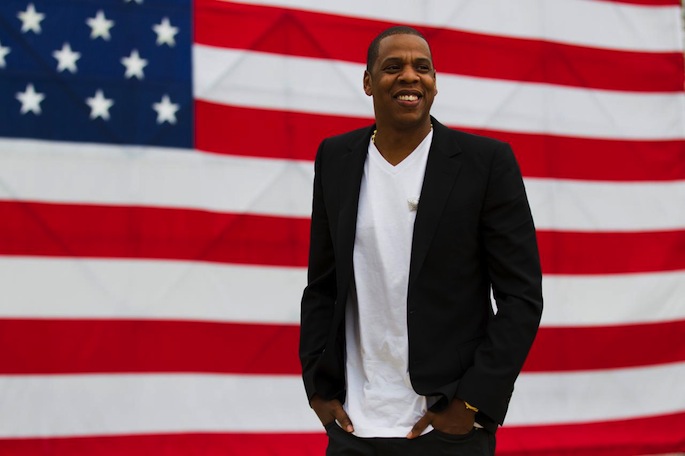 The HOVA-curated festival returns for a second engagement.

The Made In America festival will return to Philadelphia’s Benjamin Franklin Parkway on Labor Day weekend (August 31 to September 1). The line-up will be revealed via Spotify on Wednesday (April 10); until then, there is a brief teaser trailer below.

Last year’s two-day festival had an impressive line-up, including Jay-Z, Pearl Jam, Skrillex, the Maybach Music Group, Passion Pit, Odd Future, Drake, Run-DMC, Chris Cornell, Jill Scott, and even a shout-out by President Barack Obama. Ron Howard and Brian Grazer planned on filming the festival, but there has been no update on the status of the footage.

Update: According to the Made in America Spotify playlist, the lineup includes Nine Inch Nails, Kendrick Lamar, Solange, Schoolboy Q, Emeli Sandé, AlunaGeorge, HAIM, Nero, and the Gaslight Anthem, with more to be announced.

Update 2: Jay-Z is apparently running his own Coachella, as the Spotify playlist has expanded to include Beyoncé, Calvin Harris, A$AP Rocky, Miguel, Redlight, Phoenix, 2 Chainz, Public Enemy, Queens of the Stone Age, and Deadmau5. As Billboard reports, tickets are exclusively available to American Express cardmembers and fans of the Budweiser Made In America Facebook page through April 16 at 10pm EST, with a public sale beginning on April 17.