Metal’s biggest moaners get some balls with Metallica Pinball 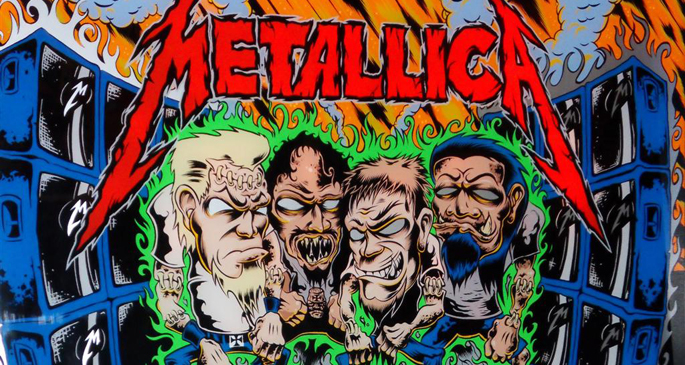 They might have come across tidal waves of criticism since the early 90s, but you can’t argue with the strength of Metallica’s brand.

The LA metal deities have now addressed the rumours and confirmed that a Metallica pinball table will be emerging some time in the near future. A collaboration with veteran games company Stern, who interestingly enough were responsible for 2012’s similarly-influenced AC/DC machine, the table will feature a number of the band’s classic tracks. While trying to avoid sinking too many quarters and keeping that ball rolling you’ll be able to hear to ‘Creeping Death’, ‘For Whom The Bell Tolls’, ‘Master Of Puppets’, ‘Fuel’, ‘Battery’, ‘Sad But True’, ‘Enter Sandman’ and more.

The band have shared a video detailing the process, and while it doesn’t offer any close-ups of the finished table, having used Stern’s machines before we can safely assume this is going to be a lot better than St. Anger.

If pinball’s not your bag, then Metallica have announced that their follow-up to 2008’s widely acclaimed return to form Death Magnetic is in the works, and on course for a 2014 release. [via NME]