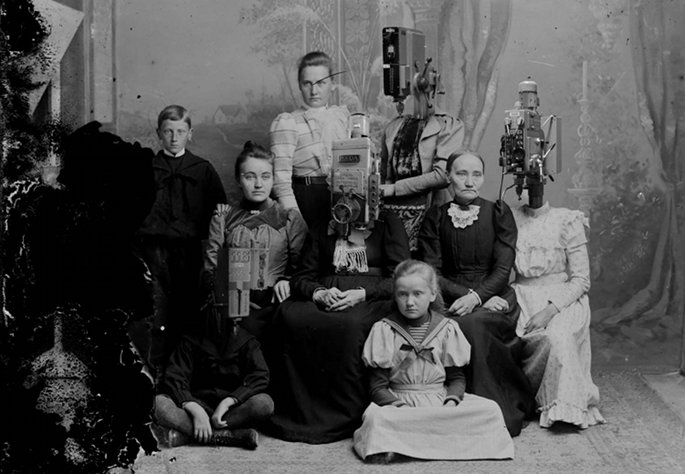 Old Apparatus originally emerged as a curious adjunct to the London dubstep scene, putting out a dense EP for Mala’s Deep Medi Musik imprint in 2010. It became pretty obvious, however, that the crew were a much more complex proposition, with subsequent releases cribbing from post-rock, UK hip-hop and Leyland Kirby-grade ambient, often in the same four minutes. Their phantasmagoric artwork and carefully guarded anonymity only compounded their charm.

As Resident Advisor report, the collective will compile choice material from the series on a new LP. Compendium will arrive in June, and will collect ten tracks from across all three releases. According to the group: “We have always envisioned the separate EPs forming a larger, more descriptive body of work and up until now that is an experience that has only been accessible through seeing our live show. The way that the tracks are woven together allows a fuller insight into the sonic landscape we’re trying to create.”