Rocking and Raving against Thatcherism: from Crass to acid house, how musical subcultures united against a common enemy 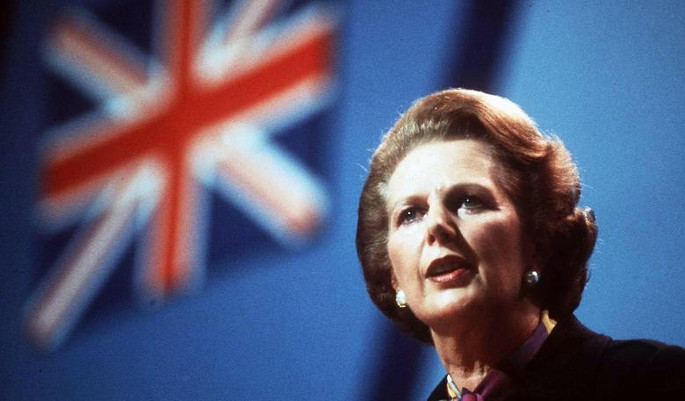 In 2005 Chumbawamba recorded an EP called In Memoriam: Margaret Thatcher, on sale for a fiver and deliverable only upon the death of the grocer’s daughter.

“So long, so long, you kept me waiting so long, so long,” sings Jude Abbot on the opening track of the album that was released last night, “Read the epitaph, ring the bell, you’ve got a one-way ticket to hell.” After some jolly brass closes the first track, another opens in Spanish: a first–person ode to Thatcher sung by Augusto Pinochet, the murderous leader of Chile who the Iron Lady so enthusiastically supported.

Margaret Thatcher’s influence on the ‘80s is difficult to overstate because she has come to represent so many of the social ills that defined the decade: industrial lay-offs, jingoism and the avarice that Harry Enfield coined the ‘Loadsa money’ culture. Hating her has been a pastime among liberals, artists and musicians alike ever since she came to office. Her policies of individualism and unfettered neoliberalism as well as her plummy voice just made it so easy.

Morrissey’s ‘Margaret on the Guillotine’, Elvis Costello’s ‘Tramp The Dirt Down’ and The Jam’s ‘Town Called Malice’ were only the most famous examples of music saying ‘No’ to Thatcherism, but the dissent was utterly pervasive during the ‘80s, extending from ska to acid house.

Punk and post punk were the most obvious enemies of Thatcherism. The Pop Group tracks ‘We are All Prostitutes’ and ‘Forces of Oppression’ railed against the government of the day.

“It was a fiery time. You felt like something was going to kick off,” said Mark Stewart, the Founder of The Pop Group, years later. “See, I never felt that politics was a dreary thing … when we were ranting it was all from the heart.”

When Nick Cave and Rowland S Howard arrived in London from Australia in the early ‘80s, they expected to find fertile ground to develop their own band, The Birthday Party, but were horrified to find a city hooked on Spandau Ballet, Phil Collins and Abba. “It was like being gangbanged by a pack of marshmallows,” Cave said later.

But The Birthday Party soon found acts in the London underground scene that shared their anarchic vision of the time. “It was one of those moments where you feel the cogs of your mind shift and your life is irreversibly changed forever,” he said of seeing The Pop Group live. “It was violent, paranoid music for a violent, paranoid time.”

If any single punk band was at the vanguard of the Thatcher resistance it was Crass. Hailing from Essex they were anarchists, pacifists, environmentalists, feminists, animal rights activists and proponents of direct action. The band was dogged throughout the early ‘80s by politicised police action. Retailers who stocked their music were charged with displaying ‘Obscene Articles For Publication For Gain’, while Timothy Eggar, a Tory MP, tried – and failed – to pursue a prosecution against the band under the UK’s Obscene Publications Act for their blistering single ‘How Does It Feel to Be the Mother of a Thousand Dead’ during the Falklands War.

In the aftermath of the Falklands came ‘Thatchergate’, a political scandal sparked when Crass made a hoax tape, splicing speeches by Margaret Thatcher and then US president Ronald Reagan to give the impression Thatcher had deliberately sunk Britain’s HMS Sheffield – which was actually sunk by an Argentine missile – to escalate the War. Initially the US thought the tape was Soviet propaganda, a line bought and printed by The Sunday Times.

Angelic Upstarts from South Shields, an area of the UK devastated by the loss of the mining industry, released a number of anti-fascist and socialist working class songs. ‘Two Million Voices’ was a rallying-cry against Thatcher’s policies and included the lyrics “We wanna work for a future, give us a chance we wanna live”.

Gang of Four’s 1979 album Entertainment! served as a comic but trenchant critique of the empty consumerism and moral bankruptcy of the era, best expressed in their lyric “this heaven gives me migraine”, while other punk outfits like South London’s The Larks and Scotland’s The Exploited were a little more direct, releasing dozens of searing anti-Maggie tunes, including ‘Maggie Maggie Maggie (Out Out Out)’ and ‘Maggie you Cunt’.

The Prime Minister’s policies also piqued the ire of another group that was thriving in the ‘80s: afro-Caribbean musicians. Refusing the back sanctions against South African Apartheid and calling Nelson Mandela a “grubby little terrorist” can’t have helped, but Thatcher was reviled primarily because she was at the helm during series of unprecedented race riots. During this time police brutality was rife and new ‘Sus laws,’ meant that police could stop and search anyone suspicious, a precedent that still strains race relations today. Thatcher herself said publically that she sympathized with whites who felt “swamped” by immigrants.

Mixed black and white ska and rocksteady bands on Coventry’s 2 Tone Records created some of the best known anti-establishment songs of the decade, most notably ‘Stand Down Margret‘ and ‘Ghost Town‘ by The Beat and The Specials respectively.

The Special’s cover of Bob Dylan’s ’65 single ‘Maggie’s Farm’ subverted a song ostensibly about breaking from the stifling ranks of the ‘60s protest movement into a protest song in itself. The full ambiguity of Dylan’s lyrics about the “National Guard” and “Man and God and Law” was exploited to the full, restyling the song as a repudiation of the hard-nosed tactics of Thatcherism. 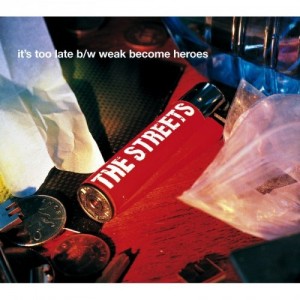 The rave scene opted for escapism rather than dissent. In 1987 acid house arrived in the UK, reportedly on the back of New Order’s return from shows in New York, which had fused Chicago and Detroit house with their own disco. It’s just possible that ecstasy played a role too.

At the time tabloid newspapers were full of reactionary scaremongering, suggesting acid house parties practiced in occultism and unprotected sex – just as HIV was becoming known to the Western world. Dozens of raves sprung up every weekend outside Britain’s cities and ecstasy offered the communal antidote to the stark individualist vision espoused by the Tories.

Alas, it was not to last. The police soon were granted extra powers to crack down on the raves, eventually culminating in the Criminal Justice and Public Order Act in 1994, which put an end to groups of people wanting to listen to “repetitive beats” without a license.

“Out of respect for Johnnie Walker, Paul Oakenfold, Nicky Holloway, Danny Rampling, and all the people who gave us these times,” sang The Streets’ Mike Skinner years later on his track ‘Weak Become Heroes’,  “and to the government, I stick my middle finger up, with regards to the criminal justice bill, for all the heroes I met along the way.”

Thatcherism was the common enemy that sparked the proliferation of countless ‘80s sub cultures, many unreferenced here. But it was what ultimately atomized us as a nation. In the 1996 film Brassed Off, about a Miners’ band working amidst the social carnage caused by the deindustrialization of South Yorkshire, Pete Postlethwaite’s character Danny makes a speech which gets to the heart of it: “I thought that music mattered, but does it bollocks, not compared to how people matter.”