Stream Chumbawamba’s In Memoriam, an EP recorded in 2005 and made available upon Margaret Thatcher’s death 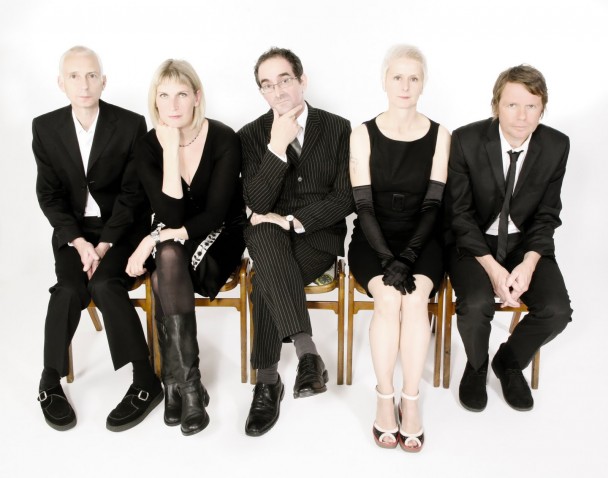 In 2005, anarchist pop group Chumbawamba sold an EP for £5, titled called In Memoriam: Margaret Thatcher, deliverable only upon the grocer’s daughter’s death.

“So long, so long, you kept me waiting so long, so long,” sings Jude Abbot on the opening track of the album that was released last night, “Read the epitaph, ring the bell, you’ve got a one-way ticket to hell.” After some jolly brass closes the opener, the second track opens in Spanish: a first–person ode to Thatcher sung by Augusto Pinochet, the murderous leader of Chile who the Iron Lady so enthusiastically supported. You can stream the EP below, and read some accompanying text from the band here:

She’s not been gone more than a few hours, and already the national media have cranked into gear and begun the blandly respectful eulogies – at their most critical they seem to be only able to say: ‘She polarised opinion … what’s certain is how much of an impact she made on Britain … etc etc’

Twitter set off at a pace with a thousand ‘Ding Dong the Witch is Dead’ messages only to be followed by a slew of bleeding heart liberals bemoaning the fact that people were daring to celebrate someone’s death.

Pah! Let’s make it clear: This is a cause to celebrate, to party, to stamp the dirt down. Tomorrow we can carry on shouting and writing and working and singing and striking against the successive governments that have so clearly followed Thatcher’s Slash & Burn policies, none more so than the present lot. But for now, we can have a drink and a dance and propose a toast to the demise of someone who blighted so many people’s lives for so long.

If we must show a little reverence and decorum at this time, then so be it. Our deepest sympathies go out to the families of all Margaret Thatcher’s victims.