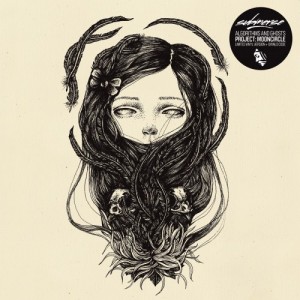 From day one Rob Orme’s output as Submerse has had a prominent Japanese influence.  For all the blatant examples – his thoroughly enjoyable Tokyo garage mixtape through to his extensive collection of J-pop reworks and seemingly never-ending trail of anime-referencing material (indeed, ‘prolific’ barely begins to describe his formative years as a producer) – the majority of his tunes more often than not carried some instance of a rising sun vibe, be it achieved through direct sampling or an Eastern sound palette. Though helpful in crafting an aural identity when stylistically Orme seemed somewhat unsure of what it was he wanted to make, it was definitely evident, as is usually – and unsurprisingly – the case among Western-born producers, that his admiration of Japan was from an outsider’s perspective. It’s perhaps no surprise then, that since his move to Tokyo last year, we’ve not only seen Submerse settle into a more cohesive and recognisable sound, but arguably the Nippon calling cards that have always been inherent in his work have become at less conspicuous and more veritable.

The press material for his latest EP for Berlin imprint Project Mooncircle doesn’t hesitate to emphasise Orme’s obsession with day-to-day life in Tokyo and the juxtaposing environments he encounters living and working there. Somewhere within that realm is a bunch of found and interpreted sounds that have permeated his newfound love of glitchy hip-hop, autonomic and various offshoots of inexplicable, wonky bass music first explored on last year’s They Always Come Back EP. ‘Truth’s gaseous percussion elements sound like train doors opening while the skittering clicks in the awesomely titled ‘This Combo Could End Us’ recall the perpetual buzz of the cicadas that inhabit Tokyo’s rural areas. These touches are subtle, sure, but combined with Submerse’s often abyssopelagic textures and increasingly meticulous beat patterns do wonders to make his tunes stand out from sonic peers such as Synkro, and even some of the Brainfeeder heads that obviously influenced this change in style.

Perhaps most interesting is how Algorithms and Ghosts reconstructs certain zeitgeist dance music tropes, placing them into unusual contexts. The most notable case is on the title track, which sees a slightly subdued trap template pitted against weightless ambience, gushing vocals and the down-pitched bleeps and bloops of Akihabara. Elsewhere, on ‘Here’s Looking At You’, Submerse takes on the ruleless 130bpm area, balancing a playful music box melody alongside an uncomfortably syncopated kickdrum and overwhelming surges of sub bass. Like much of the odder tracks being made at that tempo right now, it refreshingly doesn’t sound like anything, rarely repeats itself and makes for one of the more awkward, yet rewarding listening experiences on the EP.

Orme’s most notable progression from his last two EPs are the tunes that should, in theory, be totally unlistenable due to the frankly unsavoury amount of shit going on within them. Despite the cluttered nature of ‘Dim Lights and Meteorites’ and ‘Monochrome’, these two beats are actually the most infectious offerings on here. While the latter track is based on massively warped, Bibio-esque samples, all soaked in a sepia haze, the former, a collaboration with Birmingham’s Sorrow, boasts a crunchy boom bap beat against an unlikely piano backdrop, crazy dropouts, whooping synths and obscene amounts of LFO fuckery. It makes Submerse’s earlier work seem a distant world away in terms of structure and sonic variety; the fact it’s this enjoyable is what makes this his most impressive release to date. The move has obviously done the kid good.