From Beaubourg to Blade Runner, a beginner’s guide to Vangelis

Following the news that the original version of the Blade Runner OST is getting a proper vinyl pressing for the first time, we’ve prepared a two-part primer to the almighty Vangelis. Firstly, an overview of the man’s life and times; and, secondly, a selection of both his finest works and the best contemporary reinterpretations, ranging from jungle to Southern rap.

Chances are you’ve heard the music of Greek musician and producer Evangelos Odysseas Papathanassiou (better known simply as Vangelis) before.

You might not be aware of it, but between his omnipresent themes for Chariots of Fire and Blade Runner, and his continuous advertising placements (remember that Hotpoint advert? Exactly) you’ve likely been exposed to his music many more times than you’ve actually realised. The extent of his catalogue however is something that to most people remains shrouded; while the Blade Runner OST is a firm cult favourite (and finally due for release on vinyl very soon), Heaven or Hell, which contained many similar elements, can still be found propping up ‘used’ bins across the world. And while many of his pieces became widely known as the backdrop to Carl Sagan’s influential and incredibly popular Cosmos series (now available to stream on Netflix – do it), their parent LPs have been left to languish as mostly-forgotten relics of another era.

It’s important to get an understanding of the producer’s history before diving into his catalogue, as his musical background serves to explain many of his seemingly odd choices. Vangelis shot to fame in the late sixties after founding the popular and influential Greek prog rock outfit Aphrodite’s Child, but when the band split during the recording of the ambitious double-album 666, the seeds of his solo career began to grow. His first lone venture was, fittingly, a film soundtrack, and it was pieced together for director Henry Chapier’s Sex Power. It featured his Aphrodite’s Child bandmate (and Greek superstar) Demis Roussos on vocals, and opened the floodgates for what would become a long career of cinema work.

After two more low-key soundtracks, Vangelis put together his first ‘proper’ solo album Earth, and unsurprisingly given that it was written in 1973, the ghosts of his progressive rock past were present throughout. This isn’t a negative by a long shot and the album was a brilliant standout in his catalogue, but it was far from the sound that would become his signature for most of the world. That would come in 1975 with his incredibly ambitious Heaven and Hell, which with its volatile fusion of sacred music and synthesizers became the blueprint for Vangelis’s most famous works. 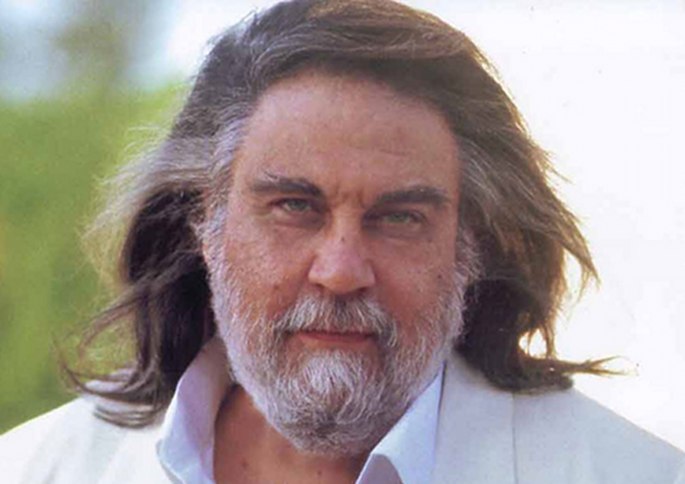 His real breakout was in 1981 with the release of Chariots of Fire. Vangelis took home an Academy Award for Best Original Music Score and topped the Billboard charts, and the film’s theme became a cultural meme, setting the stage for arguably the musician’s greatest success, his soundtrack to 1982 science fiction classic Blade Runner. For many listeners this is where the Vangelis story ends, but a slew of albums (including 1995’s gorgeous Voices) and an influence that has served to help craft a number of genres prove that this is hardly the case.

It is his over-arching musical impact that has been the most perceptible part of Vangelis’s career in recent years. For a while it seemed like every electronic music producer worth their salt would note down the Blade Runner OST as the moment when naïve curiosity transformed into full-blown obsession. From techno, house and trance artists to the throng of bedroom IDM tinkerers in the late ‘90s, Blade Runner’s fusion of sci-fi visuals and unusual electronic textures clearly had a lasting effect on the musical landscape, and that can still be heard today. In the last decade alone we’ve been treated to, on one side of the spectrum a cover of Blade Runnner’s ‘End Titles’ in the shape of Kuedo’s ‘Flight Path’ and on the other a reinterpretation of that same theme by US black metal misanthrope Leviathan. While both artists might not share any other elements in common, they both took creative sparks from the same root source.

Vangelis’s music has also had a surprising life as the source for countless producers to sample from. From the sci-fi tinged drum ‘n’ bass of Dillinja and spooky atmospherics of Future Sound of London to the ATlien charm of Outkast and neo-soul brilliance of Dilla, a truly disparate range of artists have found something special in Vangelis’s epic catalogue, and if that doesn’t make it worth re-appraisal then we don’t know what will. 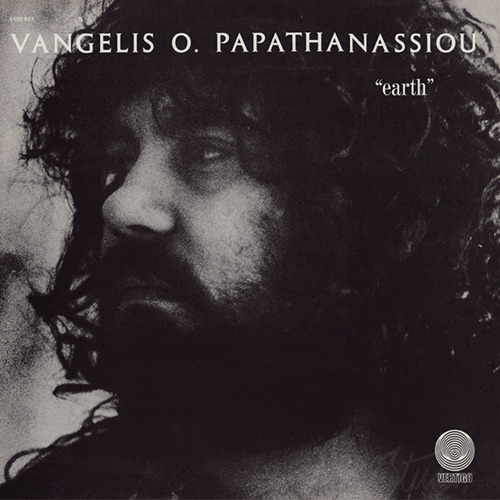 ‘Let It Happen’ is a great example of Vangelis’s more progressive rock-influenced material, and is a highlight of his 1973 album Earth. The smooth male vocals and psychedelic guitars might hint far more at the producer’s tenure with Aphrodite’s Child, but there’s plenty here for fans of his later work too. Vangelis smartly backs the track with an enthralling bed of haunting electric piano and synthesized strings, instantly bringing to mind the textures that would eventually become his calling card. Whilst he is often credited with having a defining influence on dance music, ‘Let It Happen’ is a reminder of how much even bands such Air and Stereolab owe to Vangelis. 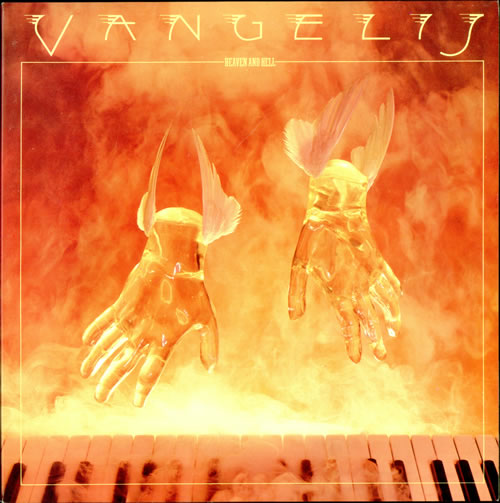 Heaven and Hell is arguably Vangelis’s solo masterpiece, and if any single moment could sum up the record appropriately it would be the majestic ’12 O’Clock’. The concoction is a complex and risky blend of plainsong, church bells and Vangelis’s then-wife Vana Veroutis’s high pitched coos eventually met by the familiar warm hum of the synthesizer. This was the moment when Vangelis stepped away from the progressive rock leanings of his earlier records and began to push towards a more (dare I say it) classical sound, but the inclusion of the synthesizer gave the whole record an alien quality that set his sounds far apart from those of his peers. 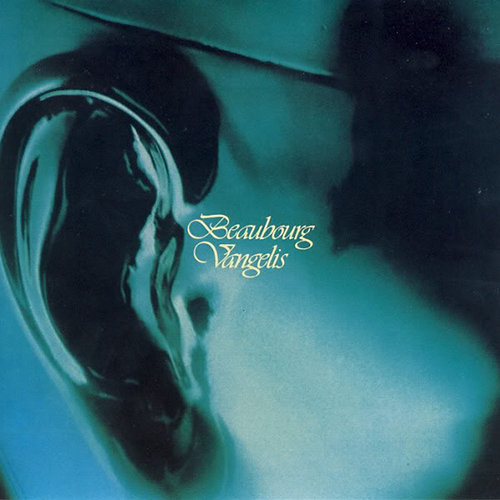 Beaubourg was released in 1978 and is most notable for being one of Vangelis’s only entirely synthesizer-based recordings. Composed primarily using the Yamaha CS-80 synthesizer (which he also used exclusively for the synthesized sound of the Blade Runner OST), the record is notoriously one of Vangelis’s most impenetrable, especially considering the era when it was released. More like an improvised reaction to the BBC Radiophonic Workshop’s corroded bleeps and drones, or the output of fabled French experimental pioneers GRM, than the woozy romantics of his previous canon, Beaubourg likely sounds more accessible now than it did thirty-five years ago. Thanks to its RCA distribution and lack of commercial appeal however, the record can now be found for a couple of dollars fairly easily, unlike many of its scarce private-press contemporaries. 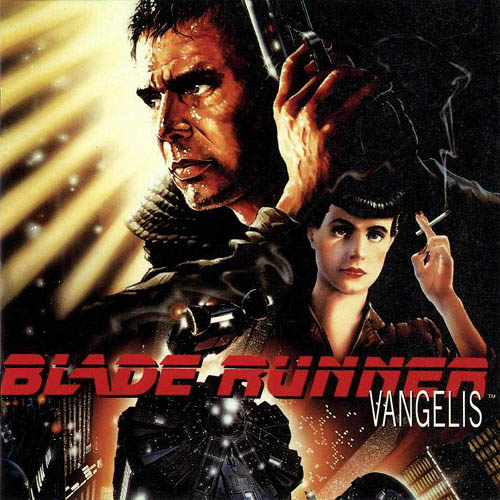 ‘Memories of Green’ isn’t the most recognizable track from Vangelis’s Blade Runner OST, but it is one of the most endearingly touching. Blending processed piano with subtle touches of synthesis the track not only serves as a perfect representation of the film’s melancholy retro-future romanticism, but also as an introduction to Vangelis’s seamless blend of the old and the new. The computer belches and machine hums in the background are absolutely at odds with the light, bar room piano flourishes but somehow fit together like old friends. Like Rachel’s android with human memories, the track is both painfully fragile and coldly robotic all at once. 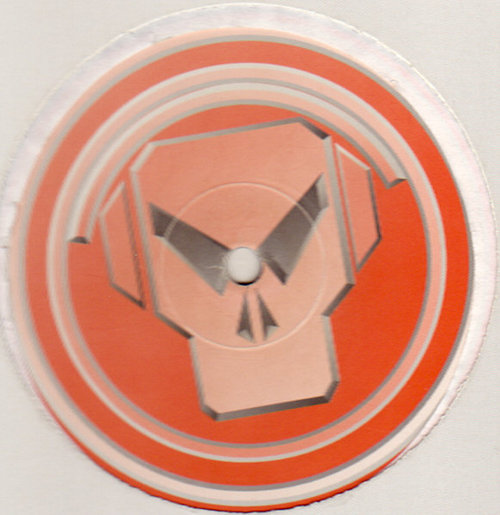 Jungle was one genre unafraid to rep its sources, and the use of Blade Runner’s dialogue and sounds through the years was as merciless as it was fitting. The dystopian sci-fi vibes were just enough for most producers to get hot around the collar, and Dillinja ended up sampling from the movie on more than one occasion. ‘The Angels Fell’, released on Goldie’s Metalheadz imprint in 1995, is the most successful of the tracks, and Vangelis’s haunting atmosphere becomes an ominous backdrop for the archetypal rolling amens and booming subs. 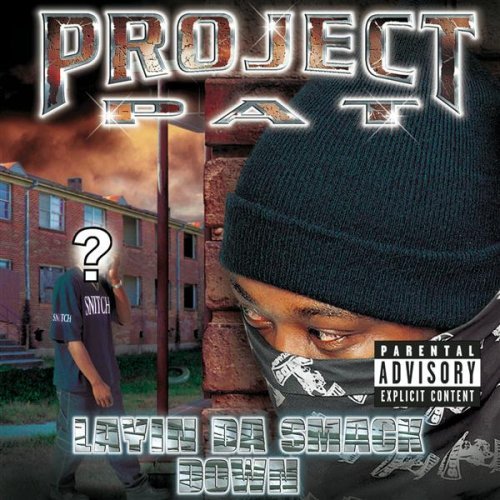 Produced by Three Six Mafia’s DJ Paul and Juicy J, Project Pat’s 2002 slow-burner ‘Make Dat Azz Clap’ was surprisingly elevated by a large loop of Vangelis’s ‘Alpha’. Given the producers’ penchant for off-kilter electronic sounds (think ‘Sippin’ on Some Sizzurp’), the blend is hardly a giant leap stylistically, but it’s still a shock when you’re so familiar with the source material. As with almost every time Vangelis has been sampled, his romantic sense of melancholy adds gravitas to a track without any further embellishment, and this is probably why he continues to be a staple of crate diggers on both sides of the Atlantic. 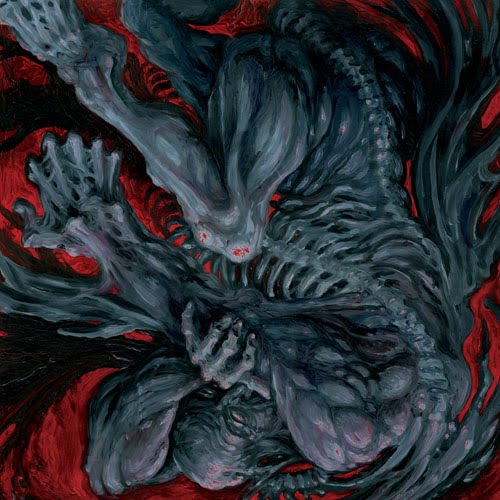 LEVIATHAN
‘MERGING WITH SWORD, ONTO THEM’
(FROM MASSIVE CONSPIRACY AGAINST ALL LIFE, MORIBUND RECORDS, 2008 )

Not a strict cover by any means, US black metal loner Leviathan’s ‘Merging with Sword, Onto Them’ begins in typically grinding style, but once it hits the eight-minute mark things start to get weird. This is the moment when Wrest’s misanthropic black metal mutates into an unexpected cover of Vangelis’s familiar Blade Runner ‘End Theme’. Shrouded in waves of noise and distortion, at times you can barely make out the progression, but it’s there as proof that even in the most internal and most solipsistic genres, one Greek ‘new age’ composer has managed to reach out and make a connection. 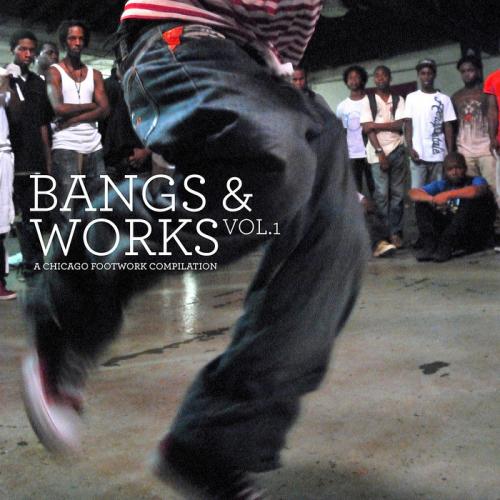 Footwork is far from the most obvious location to find a Vangelis sample, and that’s probably why DJ Elmoe’s ‘Whea Yo Ghost At, Whea Yo Dead’ stands out so absolutely. Based around a loop of Stina Nordenstam’s haunting contribution to ‘Ask the Mountains’ Elmoe paints with Vangelis’s textures to give his track a haunting resonance that stands head and shoulders apart from similar tracks. It’s hardly surprising that the tune was picked as the opener of Planet Mu’s influential Bangs and Works Vol.1 compilation, and you’ve got to give Vangelis at least a little of the credit here.