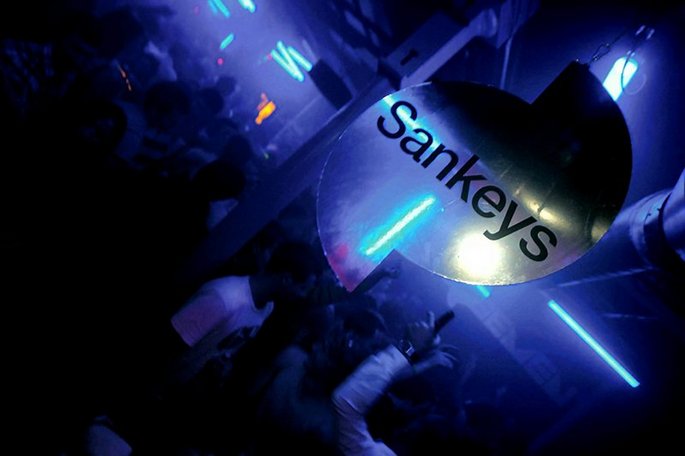 Based in the city’s Northern Quarter, former soap factory Sankeys began life in the early 1990s as the Sankeys Soap club. After financial difficulties and two years of inactivity from 1998-2000, the venue was subsequently brought back from the dead, building a reputation as one of the North of England’s highest-profile dance venues in the process.

Sankeys Soap was shut down permanently in 2006, but reopened the same year as the 1000-capacity Sankeys. Notable for its LED lighting rig and the illuminated Spektrum room, the club has played host to a diverse range of primarily house/techno artists over the years; as a representative taster, Shed, Zed Bias, Dark Sky and Kenny Larkin are among those appearing in the coming weeks.

As Resident Advisor report, the club will close its doors for good in May. The news was announced by owner Dave Vincent on the club’s Facebook page, who has revealed he wants to push his resources into the club’s increasingly successful Ibiza-based offshoot. His statement reads as follows:

“I have decided to close Sankeys in Manchester indefinitely this summer as I focus my attention on our third year in Ibiza. I want our Ibiza project to be the best club in the world, just like what we have achieved previously in Manchester, as I get the feeling this could be our summer. But I need my production and staff from Manchester to come to Ibiza with me to achieve this goal and therefore both clubs cannot be open at the same time. Who knows when we will be back in Manchester, or if we ever will be back, or what comes next in this great city I love.”

The club will wave farewell with a “spectacular” 12 hour party on May 6, conceived in the same spirit as the club’s “epic 12-hour Tenaglia sessions”. The night, which will run from 1.00pm through until 1.00am, will feature Joris Voorn, tINI, Enzo Siragusa, Darius Syrossian, Jozef K, Us & Them and Bones.