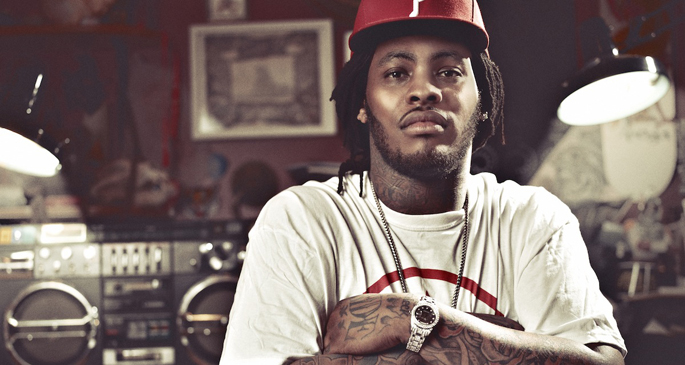 Brick Squad CEO and reigning trap-rap overlord Waka Flocka Flame announced today in an interview with HipHopDX that a controversial rap / EDM crossover full-length was in the works. He said “The King of Rap EDM is me. I’ve been there.” elaborating slightly by saying that “People didn’t understand what I was saying, now they do. I see a lot of my students, I’m like the principal, I’m here to talk.”.

We’re assuming this means that the rapper is well aware of his arching influence over the polarizing ‘trap‘ movement that has swept up many clubs in recent months, and instead of condemning it, he’s ready to give the scene its first defining statement. It looks like he’s got the right names involved too, noting that “It’s already in the motion. Flosstradamus, Diplo, Skrillex. Some underground people, too. I want to create a name. I’ve been doing it in hip-hop so long.”.

The rapper is sure to draw shots from this, especially from the po-faced purists, but if anyone can pull it off successfully it may as well be “The King of Rap EDM”. And if it fails? Well it’ll still probably make Waka a fortune, let’s be honest.