Check out a hilarious anti-acid house cartoon, published in The Sun in 1988 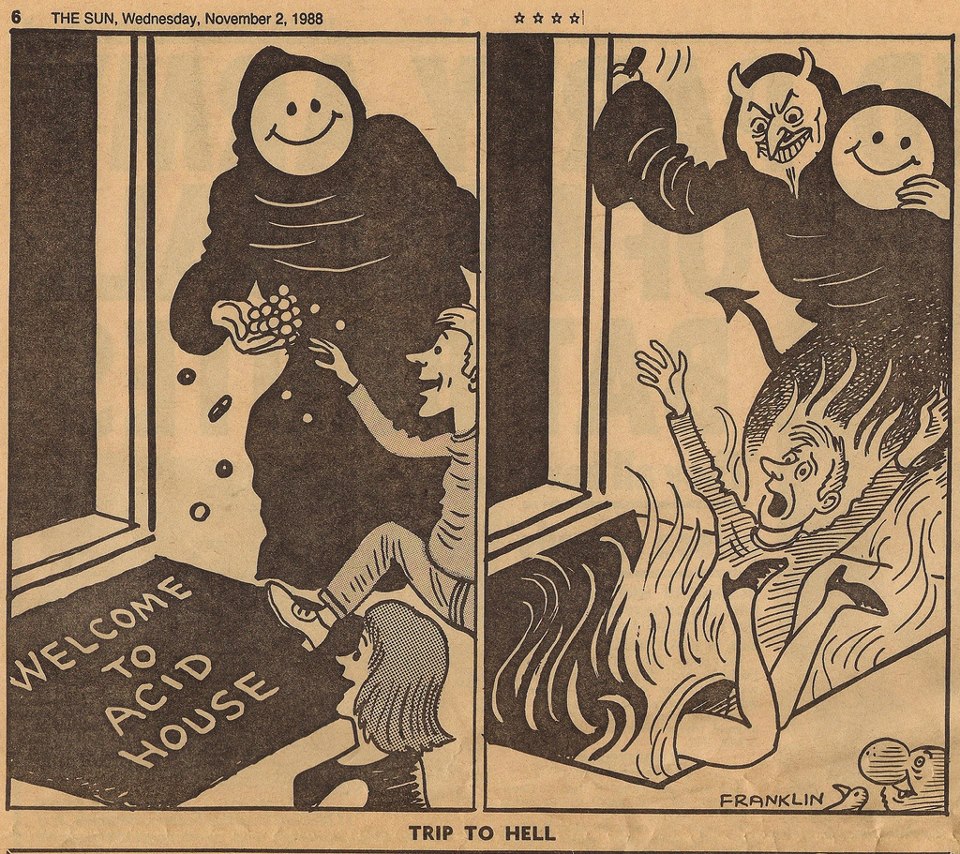 In Simon Reynolds’ book Energy Flash, he refers to a 1988 cartoon published in UK newspaper The Sun at the heart of their anti-acid house campaign, depicting “a devil-in-disguise handing out pills like candy and ushering kids into the ‘Acid House’; in the next frame, the welcome mat turns into a trapdoor, dropping the youths into the flames of Hades”.

In the wake of Margaret Thatcher’s death, flickr user KRS-Dan [via History is Made at Night, via Dorian Lynskey] has been uploading newspaper clippings from the acid house era, including the hilarious cartoon referenced by Reynolds. For those who haven’t seen it, check it out above; the rest of KRS-Dan’s clippings can be viewed here. Meanwhile, you can read FACT’s piece, Rocking and Raving Against Thatcherism, here.