First published in 2008 in the print edition of FACT

With a new documentary film and compilation and everyone from Foals to Friendly Fires citing him as an inspiration, 25 years after his death Arthur Russell’s music – at once both experimental and pop – has finally been embraced by the kind of broad audience he craved for but never found while alive.

“Arthur has to be the funkiest white boy I ever met,” declares Lola Love, a former performer with the James Brown Revue, in Wild Combination, a new documentary devoted to the life and work of Arthur Russell.  “Funky” is not a word you’d expect to associate with an avant-garde cello player who was the musical director of New York experimental art space The Kitchen during the 1970s, but conventional frameworks have never been very effective at describing the sui generis Russell.

Before his death from Aids-related complications in 1992, Russell composed orchestral works, produced some wildly leftfield disco records, collaborated with beat poet Allen Ginsberg and recorded an extraordinary body of cello-and-voice records that exist in some sadly beautiful netherworld in the far-flung orbits of John Martyn and Nick Drake.

While the music world has had more than its fair share of renaissance men working across multiple genres, Russell was unique in the sense that each of his activities informed the others and he had an immediately distinct aural signature. The sustained, subtly shifting harmonic clusters of his art music would migrate to his disco records, while disco’s rhythmic loops and percussion patterns would ground his ethereal cello-and-voice records. Russell treated all music as pure sound – he was as fascinated by Abba’s bubblegum melodies as he was by Philip Glass’ highbrow minimalism – and this approach gave all of his records a deeply sensual quality, whether they were aimed at the academy or the dance floor.

Born in 1952, Russell was raised among the cornfields of Oskaloosa, Iowa, where as the son of a former Navy officer he became obsessed with the ocean. In 1968 he moved to San Francisco to join a Buddhist commune where he was forbidden to play his cello, so he played in his closet. Russell then studied Indian music with sarod player and vocalist Ali Akbar Khan. The wide-open spaces of the prairie, depth charge bass and the drone of Indian classical music would become Russell’s obsessions, which he pursued no matter what genre he was working in.

Moving to New York in 1973, Russell played cello on several Allen Ginsberg recordings, drummed for Laurie Anderson, and worked with the Talking Heads (playing rather dramatic cello on an acoustic version of ‘Psycho Killer’ that appeared as the B-side of the original single), Modern Lovers’ Ernie Brooks, and downtown stalwarts Peter Gordon and David Van Tiegham. Most importantly, though, in New York Russell discovered disco. After his disco baptism one night at Nicky Siano’s legendary nightclub The Gallery, he connected the dots between Hamilton Bohannon’s lock-groove percussion style and the minimalism of Steve Reich, between the shifts in timbre, tone and rhythm of a marathon DJ set and the compositions of someone like Phill Niblock. 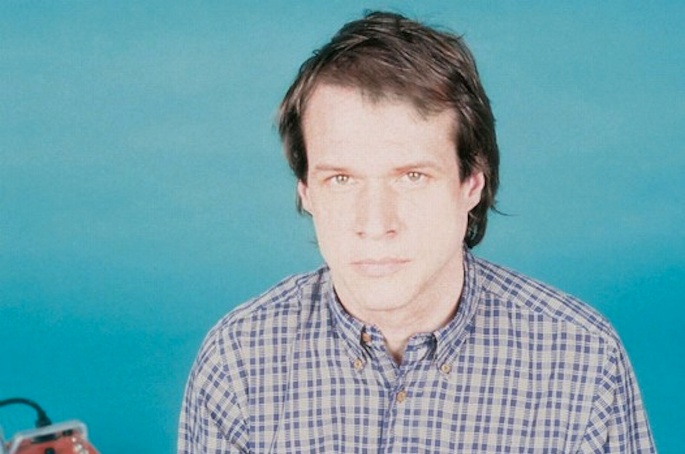 Russell and Siano (along with David Byrne) worked together as Dinosaur, releasing ‘Kiss Me Again’ in 1978. ‘Kiss Me Again’ was recognizable as disco, but it was also bafflingly weird: the muffled bassline that never resolved itself, the dissonant guitar solo not unlike the skronk of downtown No Wave groups like DNA, and longtime Russell collaborator Peter Zummo’s ghostly trombone.

As bizarre as it was, ‘Kiss Me Again’ worked within established disco parameters and became a fairly substantial club hit. Russell, however, would largely abandon dance music’s recognizable shapes in favour of a vision of disco as drift, as floating through and across waves and dimensions of sound. “He loved out-there stuff,” says engineer Bob Blank, who was a frequent collaborator with Russell.

In 1980 Russell hooked up with another early disco DJ, Steve D’Acquisto, under the name Loose Joints. With an array of studio musicians and three vocalists recruited from the dancefloor of David Mancuso’s celebrated nightspot The Loft, Russell and D’Acquisto recorded countless hours of tape, but only three releases ever resulted.

‘Is It All Over My Face?’ was originally released with a male vocal, but it didn’t do much, so label head Mel Cheren asked Larry Levan to do a remix. Levan got a friend to let him into a studio when the boss wasn’t around to work on the remix, but he was only three hours into it when the boss returned and Levan had to stop working. The unfinished quality of the remix perfectly suited both the track’s mantra-like aspects and the spacey instrumentation.

‘Pop Your Funk’, on the other hand, is perhaps where Russell comes closest to a rapprochement between his many worlds. The dark, grooving track is created largely from cello and a brushed gong (it could almost be a Frankie Knuckles remix of Harry Partch) with occasional bursts of organ and a vocal straight off of a Steve Poindexter acid house record (but several years too early). The third Loose Joints track to have been released, ‘Tell You Today’ was similar to ‘Is It All Over My Face?’ in its playfulness (no one made longing sound as sweet as Russell), but its rousing horn charts and Latin percussion made it closer in feel to Konk.

Russell’s greatest dance floor achievement, however, is probably Dinosaur L’s ‘Go Bang! #5’, released on the label he founded with Will Socolov, Sleeping Bag. ‘Go Bang!’ originally appeared on the 1981 album 24-24 Music as ‘#5 (Go Bang)’, and existed in some bizarre nether region between Herbie Hancock, The Love Of Life Orchestra and DC LaRue. The track was remixed by François Kevorkian, who, while restraining the hyper and sibilant drumming into a manageable shape for the dancefloor, made it even weirder by stretching the space and focusing on the Phantom of the Opera keyboards.

Where most dance music producers are focused almost exclusively on the rhythm, Russell was more concerned with texture. His records are dubby drifts through a space that can shift from rainforest to desert to the Seven Seas at the drop of a hat. World of Echo and Another Thought, both collections of his (largely) solo, stark and spare cello music, may not be immediately recognizable as dance music, but both records have a gorgeous pulse and shimmer that made tracks like ‘Treehouse’, ‘In the Light of the Miracle’ and ‘This Is How We Walk on the Moon’ regulars in post-acid house ambient sets.

Russell’s concern with feel and the transcendence of “sound” lends his music a timeless quality, a sense that it doesn’t belong anywhere but it belongs everywhere at the same time. His music achieves that rare feat of being both experimental and pop at the same time. He remains an influence on everyone from avant-garde guitarist Gary Lucas to Swedish crooner Jens Lekman to the current champions of disco experimentation, DFA. 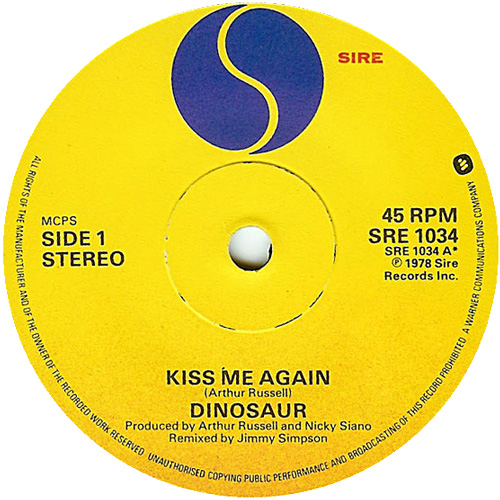 Russell’s most straightforward disco record, but his idea of straightforward ain’t exactly Boris Midney. ‘Kiss Me Again’ features clipped rhythm guitar courtesy of David Byrne, a strangely muffled but fleshy bass sound and one of the niftiest percussion breaks ever. 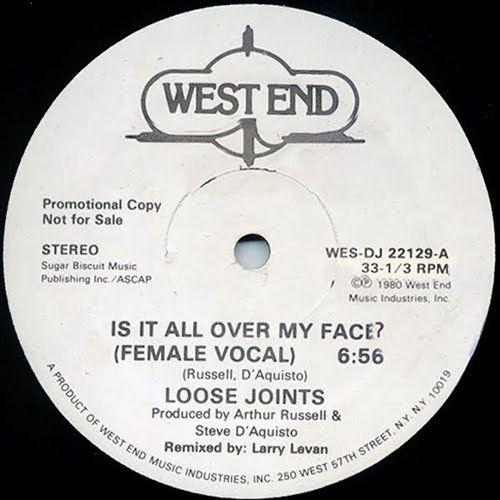 It may be preposterously rare, but this collaboration with Steve D’Acquisto may be the most uncompromising and radical disco single ever. ‘Pop Your Funk’ is a dark, stripped down minimal slow burner featuring brushed gong and cello, while ‘Is It All Over My Face?’ is one of the building blocks of house. 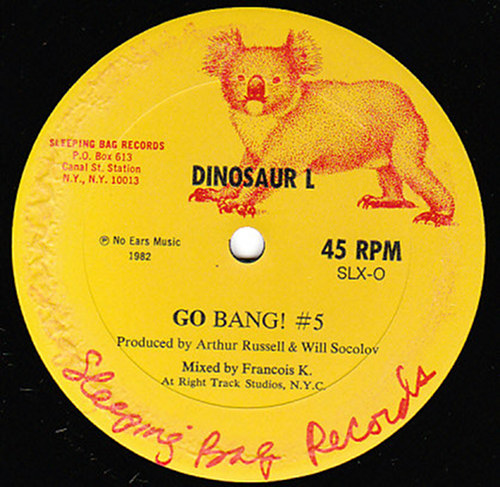 An utterly outlandish mix of jazzy trombone motifs, hissing hi-hats, nonsense lyrics, bubbling keyboards, miles-deep bass, all brewed up into a surreal dubscape by François Kevorkian. Is this the greatest disco record ever? 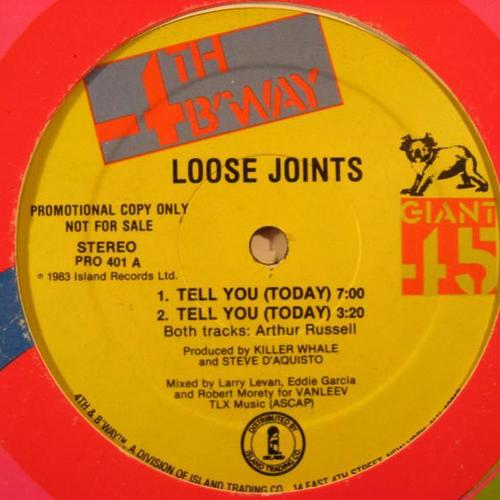 The third Loose Joints track to have been released, ‘Tell You Today’ was similar to ‘Is It All Over My Face?’ in its playfulness (no one made longing sound as sweet as Russell), but its rousing horn charts and Latin percussion made it closer in feel to Konk. 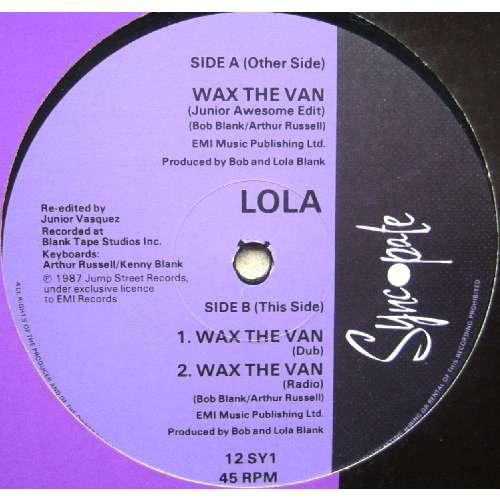 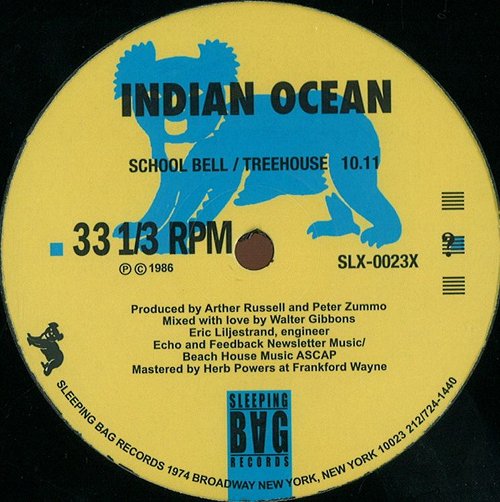 This collaboration between Russell, trombonist Peter Zummo and Walter Gibbons is largely Russell mumbling ethereally over some percussion loops (one conga loop and a nagging hi-hat) and a whisper of his cello in the background. But in that simple framework lies several universes. 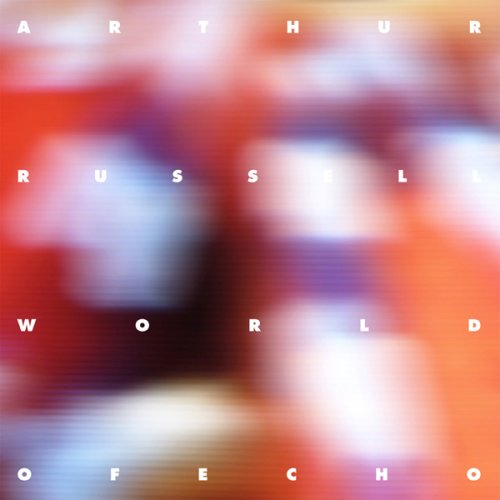 The best album of solo processed-cello-and-voice you will ever hear. Russell’s percussive cello-playing technique gives these snippets of childhood recollections, babbling wordplay and lustful longings flesh and momentum, while his unorthodox use of FX pedals and synths make you forget that this was largely recorded by a guy in his living room with only his fish tank for company. 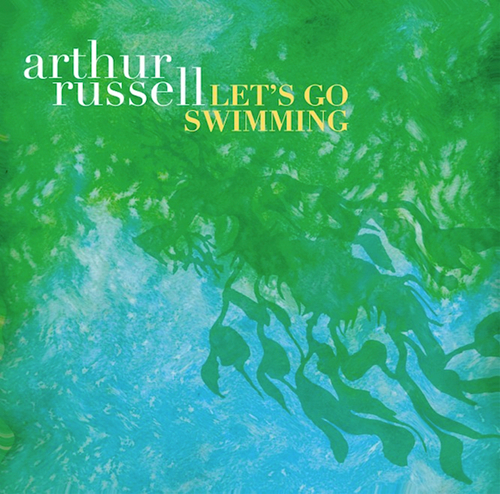 As if Russell on his own wasn’t unique enough, he had the good sense to bring in disco mad genius Walter Gibbons to remix this ode to childhood innocence. Gibbons scribbles all over Russell’s original with stunted keyboard lines and drums that go every which way. 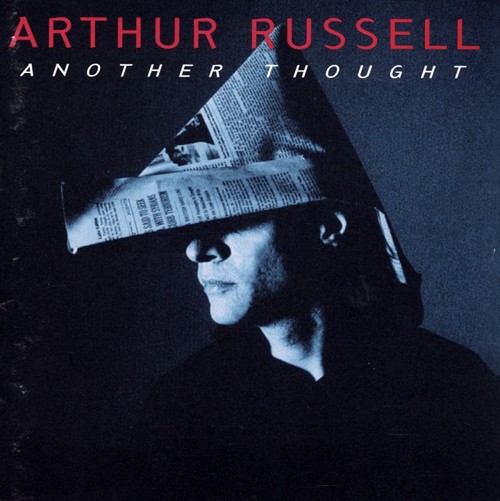 Similar to World of Echo, but perhaps not as fully realized because of its posthumous nature. Nevertheless, this is worth seeking out for the gorgeous ‘A Little Lost’ and the quite simply breathtaking epics ‘In the Light of the Miracle’ and ‘This Is How We Walk on the Moon’. 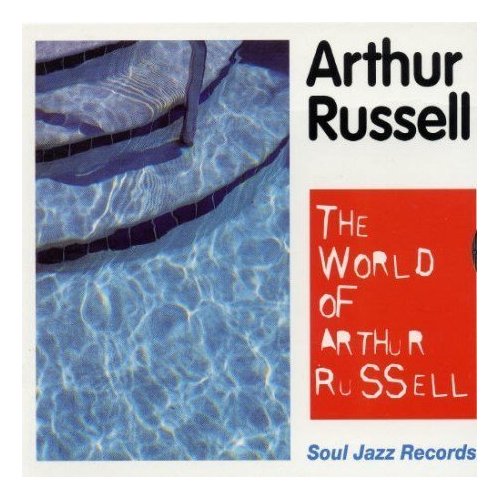 Although it doesn’t include either ‘Kiss Me Again’ or ‘Tell You Today’, this collection is nevertheless the best overview of Russell’s work, particularly his remarkable dance records.

Read next: The essential Dance Mania