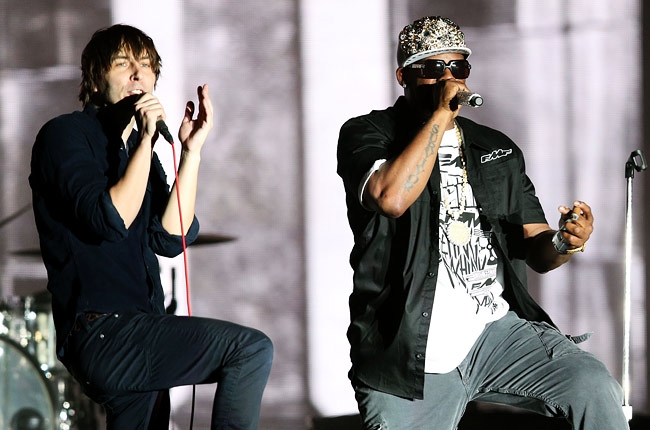 A hologram stole the show at Coachella 2012, and, this time around, the big talking point was a 2-minute video.

Daft Punk might not have appeared after all, but a sizeable clip of their forthcoming ‘Get Lucky’ single made an appearance in their stead. Still, there were plenty of shenanigans going on around Indio way; below is a video highlights package of the first leg of California’s finest music festival.

The robots, contrary to rumours, didn’t turn up during Phoenix‘s Saturday headline set, but a very special guest did – R. Kelly. During a rendition of calling card ‘1901’, the honey-tongued loverman appeared on stage to sing ‘Ignition’ (Remix) over the top. As chaotic as that might sound on paper, the results work a treat. Kelly also laid the a cappella for 2007 single ‘I’m A Flirt’ over Phoenix’s ‘Chloroform’, taken from their forthcoming Bankrupt! LP.

Friday saw OFWGKTA’s young contender Earl Sweatshirt take to the stage for a full performance. Kid’s only wee, but he still comported himself with confidence and wild-eyed glee. Flying Lotus played DJ throughout the performance, and Tyler, Domo Genesis and Vince Staples also made appearances.

The xx performed a typically stately set of The xx and Coexist material to a huge crowd on Saturday. The group also pulled out Solange Knowles to assist on their cover of Aaliyah’s ‘Hot Like Fire’; skip to the 20.00 minute mark to peep the team-up.

Long dormant Cali rap outfit Jurassic 5 also took to the stage on Friday, rattling through a back catalogue of catchy, sing-song boom-bap. They’re pretty much perfect festival fodder, and came on strong on the night, with Cut Chemist (and guest DJ Nu-Mark) stepping out front to play what can only be described as a CDJ-tar.