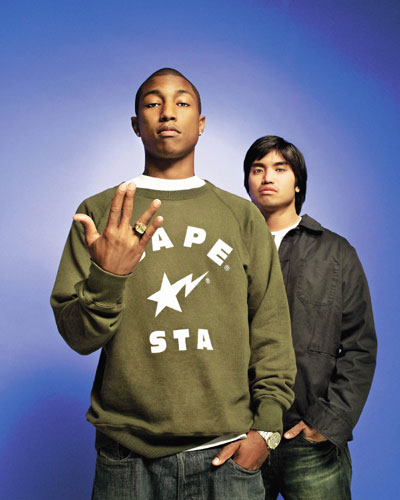 For anyone interested in hip-hop, or, let’s face it, music in general released between 2000-2005, the Neptunes probably have at least 15 hits still circulating your subconscience.

Chad Hugo and Pharrell Williams spent their ’00s prime producing hit after hit for Busta Rhymes, Clipse, Diddy, Justin Timberlake and more, while also releasing classic records of their own, including the sublime album In Search Of. FACT posted a beginner’s guide to the duo’s productions in 2011, and now there’s a perfect soundtrack for that piece, in the form of NTS DJ / Standard Place resident Martelo’s two-hour radio show dedicated to the group (broacast on April 10). You can stream it here, with part two promised soon [via Dummy].