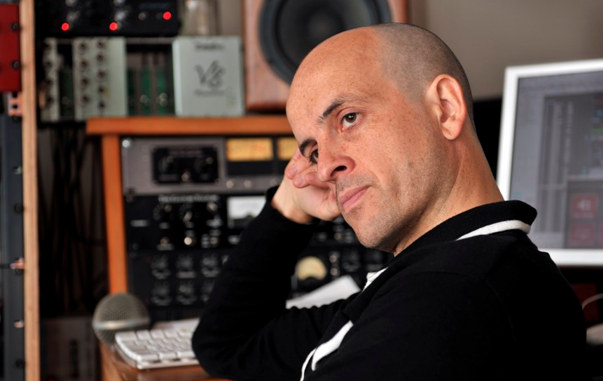 Sampling provocateur Matthew Herbert has announced a new album, The End of Silence.

Herbert first mentioned The End of Silence on his website back in January, describing it as “a new album made out of just one sound” (he’s also already started to play live shows based around the concept). A press release sent out today for the album goes into more detail, explaining that said sound is a 10-second recording of war photographer Sebastian Meyer being bombed by Libyan air forces in 2011 [via Resident Advisor].

“I wanted to freeze history, press pause, wander around inside the sound—trying to understand its component parts, wondering why it was so scary when I had never actually heard any bomb first hand,” explains Herbert. “In stark contrast to the written reports of the atrocities committed by dictators in the Arab word during the Arab Spring, here was something that rendered it real. It turned the virtual word back in to the visceral. Despite immediate and disparate access to news of world events, it’s rare to find something that punctures the safe veneer of distance that computers create. By hearing this sound, one is compelled to live inside the moment.”

The End of Silence will be released on June 24, and was recorded last Summer in a Welsh barn. As well as the recording being made into samples, which were later presumably manipulated by various software and hardware, the album features members of Herbert’s band replaying the samples. Which, depending on your perspective, may or may not be cheating.

Last year, FACT TV sat down with Herbert to talk about his last album Tesco, which was based around sounds made by the best-selling items at the supermarket chain. You can watch that below.