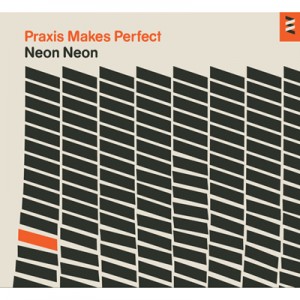 Who makes an album about Giangiacomo Feltrinelli? Boom Bip and Gruff Rhys of Super Furry Animals, of course! Also known as Neon Neon (and, prior to that, DeLorean), their debut LP Stainless Style won both critical acclaim and a nomination for the Mercury Music Prize – no mean feat for a concept album about the life of car super-developer turned legally entrapped drug trafficker John DeLorean.

It makes sense then that the duo’s second album would be just as bizarre and unpredictable, this time reviving the concept format but focusing on the life and times of ‘man of letters and agent of change’ Feltrinelli (1926 – 1972), Italian publisher, anti-fascist and left-wing activist.

Now I hate musicals. I loathe the bastard things; I would rather listen to an argument than a musical. However, I am an enthusiastic fan of mid-evening History Channel documentaries, and I honestly can’t think of any other living songwriter than Rhys – he of such tracks as the fantastic ‘Inaugural Trams’ – who could turn this format into that of my nemesis and win me over.

Instrumentally, the record has all the hallmarks of Super Furry Animals meeting Boom Bip – Rhodes and Wurlitzer, squelchy analogue synths, guitars and keyboards, metronomically tight live drums, Rhys’ brilliantly Welsh-accented American falsetto. Musically and lyrically it also possesses all of the keen humour of the former, modest and understated to a tee. Aside from the smile-inducing boogie and ballad cuts, the best of this is when Italo themes aptly appear. ‘Shopping (I Like To)’ featuring Italian pop superstar Sabrina Salerno (10 million records sold and counting), is simply flawless, and what better way to comment on Feltrinelli’s changing relationship with the Italian Communist Party than through a 6/8 Euro-shuffle called ‘Hammer & Sickle’?

In this same way, expertly kitsch elements are injected where suitable; saxophone, Spanish guitar, keyboard strings and choirs, spoken word dialogue. Recreations of activist radio outbursts are also included, but rendered with Morse code blips and an over-dramatic zeal like the American woman in Fela! (yes, I’ve seen it), keeping things on the side of educationally digestible entertainment. These moments reflect the album as a whole – goofily loveable, like well-created children’s history books, but displaying a razor wit and awareness of a goal at the same time.

I should be honest and say that Praxis Makes Perfect wouldn’t make my normal listening, but that’s just me. It also doesn’t have quite the same wider-market ‘cool’ appeal as a biography of John DeLorean, so I’d be surprised if it got the same kudos (or Mercury nod) as Stainless Style, but there is bound to be a big audience of discerning experimental indie fans who will love the subject matter.

In fact, if anything, Neon Neon’s output probably indicates a gap in the market for a suitable medium. If this were an actual history documentary on TV, broadcast in a musical format, I would tune in religiously. Actually…can we start some kind of petition for them to have their own Isabella Rossellini-like educational film series?