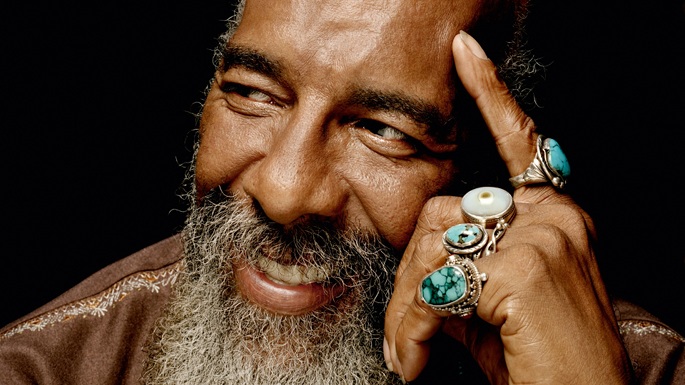 Folk singer Richie Havens, best known as the man who opened Woodstock, has passed away.

Havens – responsible for classic 1960s folk tracks ‘Handsome Johnny’ and ‘Freedom’, as well as memorable covers of The Beatles’ ‘Hear Comes The Sun’ and Bob Dylan’s ‘Just Like A Woman’ – died of a heart attack on Monday. He was 72.

After spending his formative years singing in doo-wop and gospel outfits, the Brooklynite found his feet and his sound in Greenwich Village in the late 1950s and 1960s. Under the patronage of Bob Dylan’s manager Albert Grossman, he broke through with 1967’s Mixed Bag – a creolization of folk, blues and jazz, and one that would set the template for almost 20 more studio LPs over the next four decades. His real moment in the sun arrived at 1969’s Woodstock Festival, which saw him famously bumped up the bill at the last minute to open the festival.

Havens’ musical life was an eventful one. He appeared in a number of films and plays: he performed in the stage version of The Who’s Tommy, and cropped up in Richard Pryor’s Greased Lightning and Bob Dylan biopic I’m Not There, amongst others. He also performed at President Clinton’s inauguration in 1993, and worked with Peter Gabriel, Bill Perry and Groove Armada. Havens’ last studio full-length was 2008’s Nobody Left To Crown. Having toured for in excess of 45 years, Havens retired from music in 2012 due to poor health.