The best response to concert-goers wielding smart phones? Watch the Italians do it better 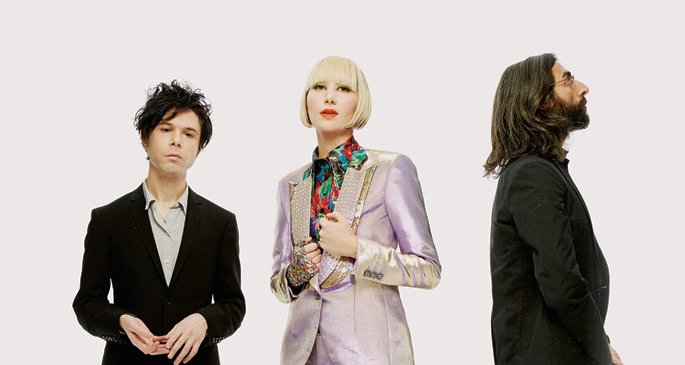 In a year where some of music’s biggest news has been documented via camera phone (‘Get Lucky’, take a bow), the technology has also been under fire.

Earlier this month, the Yeah Yeah Yeahs [above] made the headlines with a preemptive strike on camera phone wielding fans, posting a sign instructing fans to “now watch the show through a screen on your smart device / camera. Put that s**t away as a courtesy to the person behind you and to Nick, Karen and Brian” at one of their recent concerts. Most people were on the group’s side – when you’re old enough to remember gigs before camera phones were ubiquitous (which let’s face it, isn’t that old), it does have a habit of detracting from the magic.

Still, maybe the only way to counter the camera phone is to embrace it – or at least respond to it in a creative way. Most people (well, 4 million odd) have seen this video of Slovakian musician Lukáš Kmit responding to a mobile phone interfering with his performance, but even more impressive is the clip below from back in 2007: check out how an Italian ensemble shut down an interruption by Nokia’s ‘marimba’ ringtone – itself taken from a classical piece, Francisco Tarrega’s ‘Gran Vals’.

Surely there’s a Matthew Herbert album somewhere in all this.