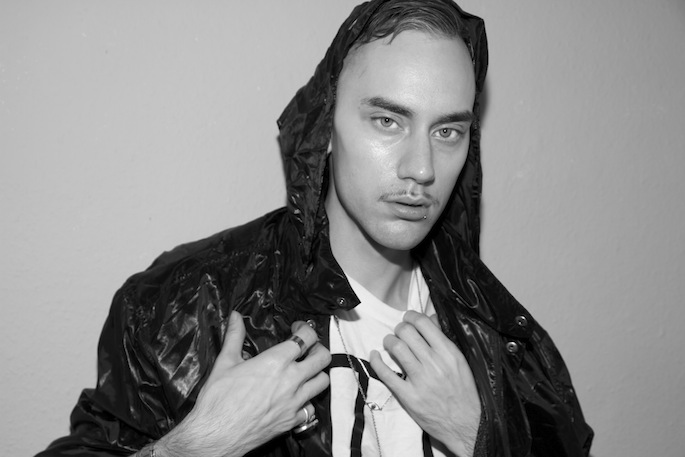 The imprint reunites the JETS troublemakers.

Ultramajic is a new label fronted by Berlin-via-Detroit producer Jimmy Edgar and Travis ‘Machinedrum’ Stewart, two “deep telepathic friends” who have worked together since their teen years (as they detailed in their interview with FACT last year). 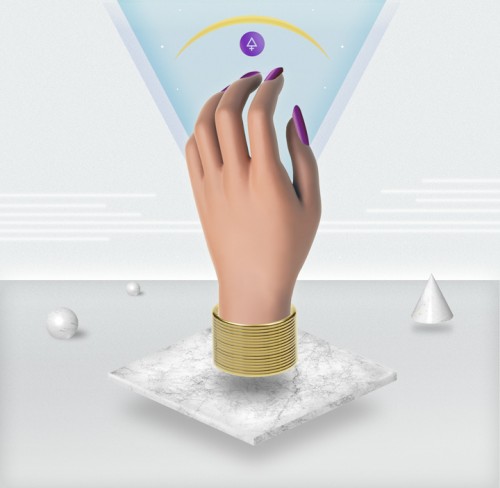 The label’s inaugural release will be Edgar’s latest EP, Hot Inside, due out on June 10. Press materials promise warped techno, electro stompers, and jacking tracks — everything we’ve come to expect from Edgar’s distinct brand of 90s-facing club work (preview the EP below). The EP will feature artwork made in collaboration with creative partner Pilar Zeta, and the label will release a “metaphysical card deck” based on the Law of One, a series of books “allegedly cowritten by an extraterrestrial being.”

If that wasn’t enough, Edgar is about to embark on a world tour. FACT spoke with him via email about why he decided to start a label now, his plans for Ultramajic, and crafting the label’s aesthetic.

Hey Jimmy. So why start a label now, at this point in your career?

I’ve always wanted to start a label but it was so daunting after being closely involved with a few labels, one in NYC with Machinedrum. I felt like now was the perfect time. We developed the concept, design direction with Pilar Zeta. She was one of the last people who really convinced me it was a good idea. We have some amazing people and really unique releases. Funnily enough, the label started with the collaborations with Pilar and I, we’ve been working on some installation, photography, film and designing these “tarot cards” for the past year, influenced by the Law of One works and meditation. We’ve been deeply studying the occult and esoteric philosophies and applying them to today, we’ve found so much of it we’ve already implemented into our lives. I’ve been secretly into the occult, reading and studying ever since middle school, it’s always really fascinated me.

What do you think’s stopped you starting one before now?

The fact that I’ve worked with other labels, my travel schedule, and mainly just my own inhibitions about taking on my own project.

The first release comes from you – why are you self-releasing, rather than sticking to Hotflush, who released Majenta etc?

It’s time for me to create my own world of music, design and whatever else. I feel like I have some really talented people around me. I’m interested in producing other people, doing remixes, releasing my friends and secret/anonymous projects and collaborations. I don’t feel right talking about all the exciting stuff we have on board because it’s a bit too early but this venture is going to have my complete focus. I am happy to let my artists explore new sounds within the confines of what we feel is hot and cool.

“It’s time for me to create my own world of music, design and whatever else.”

You’ve obviously got interests beyond music – photography, particularly. Are you intending for your label to eventually take on an arthouse-style role beyond just releasing records, in the same way that Vase and Clown & Sunset seem to?

As I mentioned, were collaborating with designers to incorporate all of these things. We’re getting neon structures shipped to Berlin right now. I have plans on some Ultramajic events both in the club and gallery setting. I have learned that delegating work to artists I trust is the only way we will grow. I will play as director so I can concentrate on doing art and music more.

You were sounding off about subpar artwork on Twitter yesterday – you realise this kind of puts the pressure on your label, right? Who’s in charge of the design / artwork for the label, and is there going to be a continuous theem or aesthetic to it?

My quote was complaining about artists who are willing to put out their promos with design that had very little effort, I was less judging artists creatively. With that, I mentioned it’s hard for me to want to download something that is very unstimulating. This brings up very interesting topics about what is relevant and acceptable with design today. Me and Pilar were also responsible for bringing up the controversy about “sampling” design with my single “This Ones For The Children”. Yes, I am ok with this pressure. We have a small team of artists looking over this. As, I mentioned, Pilar Zeta who is incredible designer. I will always be ok with criticism towards us as there should be an open debate about these things. It’s not for everybody, that is for sure.

Is the label going to centre around your own releases, or are other artists on board? Anybody you can tell us about?

Both. We are working on a release with Jets, Sophie, Creepy Autograph, and more. We are focusing on club hits but will expand to anything worth releasing and putting in a slick designed package. We want people to feel a part of it and to feel at one with Ultramajic.