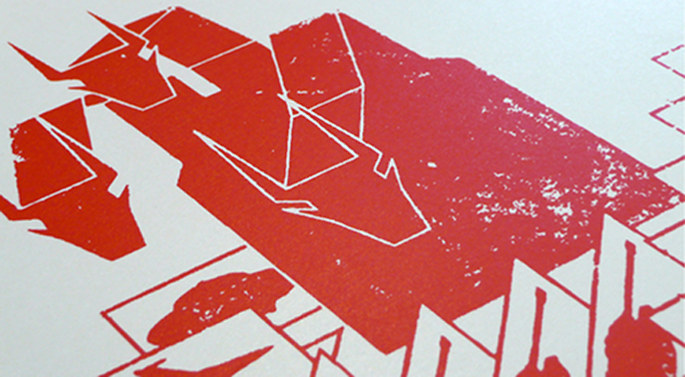 King Geedorah, take me to your leader /
Quick to claim that he not no snake like ‘me neither’.

It’s no secret that MF DOOM had one hell of a run between the late 1990s and early 2000s, returning from the wilderness with 1999’s classic Operation Doomsday, collaborating with Madlib on 2004’s Madvillainy, dropping Special Herbs mixtapes like it was going out of fashion and introducing two alter-egos, Viktor Vaughn and the space monster King Geedorah.

Released back in 2003, Take Me To Your Leader is arguably the most cinematic of DOOM’s albums from this period: entirely produced by him, it’s all dramatic strings, skyscraping samples and reflections on earth from Geedorah’s “alien perspective on humans.” It’s also been out of press for some time, but thanks to Ninja Tune’s smart Beat Delete website, there’s been enough demand to justify a vinyl repress, and it’s back in stores this week. We’ve embedded the smashing ‘Fazers’ below.