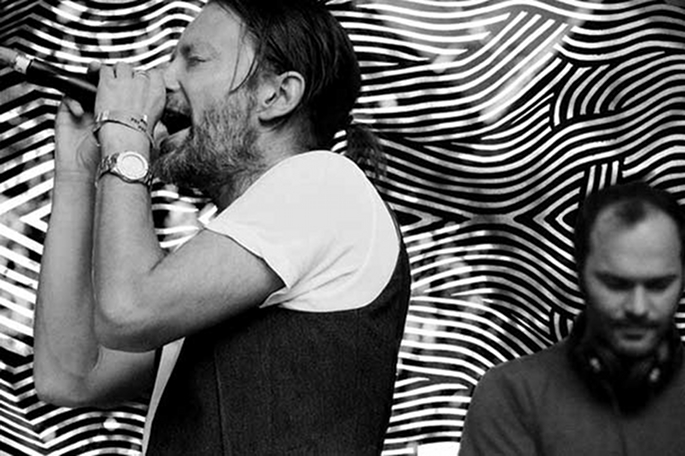 One from the weekend: a new track from Thom and his merry men.

On Saturday, Yorke appeared on French radio show ‘Nove Club’, and took the opportunity to premiere non-AMOK cut ‘Magic Beanz’ (according to a Yorke Tweet, “the Z is v important”). The track is noticeably antsier than much of Atoms For Peace’s debut LP, layering elliptical vocals and Eastern drones over a scrambled breakbeat.

‘Magic Beanz’ follows a flurry of activity for the group: they recently remixed Four Tet’s ‘Pyramid’, decisively weighed in on ‘DJ culture’ in a recent interview, and turned agony aunt for teen girl mag Rookie. Fans of awkward chit-chat, take note: Yorke will appear as a guest on The Jonathan Ross Show on Friday 4. [via Self-Titled]