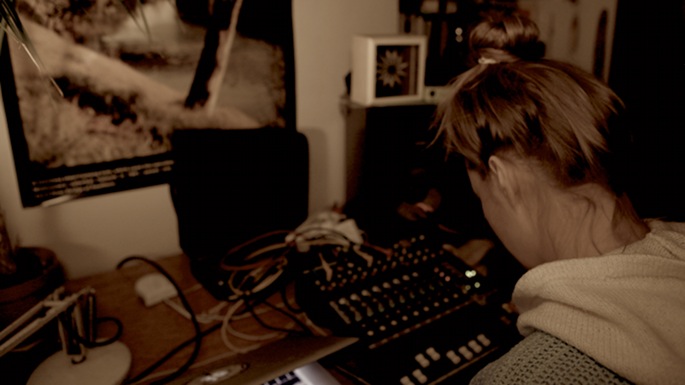 The Limited Dubs series has been an interesting addition to the musical landscape: a clutch of ultra-limited, no-one-the-same cassettes, subsequently shared for free online. Oddball techno producer Vanilla Hammer, sampledelic team Sculpture and Karen Gwyer have all contributed, and the latest will arrive from Orphan.

The South Londoner might still be a minor name, but as a live proposition she’s shared bills with likes of DJ Stingray and Surgeon. Despite having been at it for a good half decade, her discography is noticeably meagre: a contribution to Bleep43’s EP001 12″ excepted, she’s been pretty much silent. Kaleidoscope EP Retakes marks her first official solo release, and collects five original tracks assembled from the ashes of a 2009 live set. Basic Channel, My Bloody Valentine, Sonic Youth and Prince are all tagged as influences; EP track ‘169’ can be sampled below, with an astral video from Jane Eastlight.

Retakes is due on May 6, limited to 6 unique C35 tapes. A digital version will be released for free on May 6.