“The song? Fuck off”: lo-fi punk poets Sleaford Mods big up Wu-Tang and savage the system 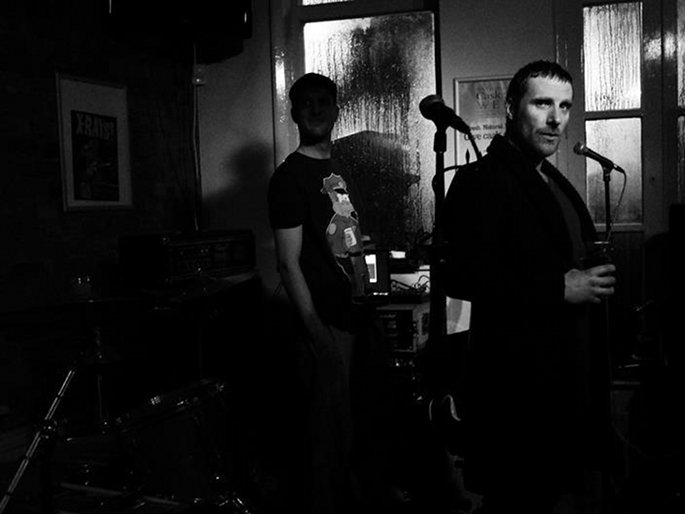 Britain in 2013: a grey sprawl of provincial town centres with all the windows boarded, of tabloids jabbing fingers at “illegal immigrants” and “benefit cheats”, of minimum wage jobs that don’t even cover rent, careerist bands with shit hair and fuck all to say, every man shitting on the head of the man beneath him.

And Sleaford Mods. Two scowling men from the Nottingham area, making aggro punk poetry that sounds like the bastard child of John Cooper Clarke’s Beasley Street grown up on hard knocks, rave culture and the Wu-Tang Clan. Jason Williamson is the voice: a big man with an angry face, used to be one of that “door-swings-open, swagger-to-the-bar-crew” but now grown older and wiser. His delivery is venomous, confrontational, but often funny and delighting in twists of language: eyeballing the “scaly-faced booze pricks”, the geezers with their “concrete dagger swaggers”, and saving special contempt for “the cunt with the gut and the Buzz Lightyear haircut, calling all the workers plebs”.

Williamson was born in Grantham in Lincolnshire, and lived in London and San Francisco, bouncing through a process of jobs and bands, before despair set in and he found his way back to the East Midlands. There, he founded Sleaford Mods, which began as a solo project but has now expanded to a duo, with co-conspirator Andrew Fearn handling bass guitar and beats.

“Leaders don’t give a fuck about you do they?”

Sleaford Mods released five albums on Nottingham label Deadly Beefburger before getting the attention of Steve Underwood of UK label Harbinger Sound. Harbinger is best known as a noise and industrial label, releasing new and archive material from the likes of Ramleh, Smegma and Hair Police. But Underwood heard something in Sleaford Mods’ attitude that he liked. Hence Austerity Dogs, a vinyl collection of new and old tracks of an appropriately austere stripe – the soul loops of some of the early material stripped away, replaced by a flinty bedrock of lurking bass guitar and lo-rent drum machine.

For Williamson, Sleaford Mods is a mission, an assault on a music culture that celebrates the clichéd and banal. “Expression has to be more than a skinny looker with a fucking Les Paul, or some careerist band who had their ups and downs but finally took off, blah blah. You go to work, come home, read something, and its usually riddled with images like that. That Jamie bloke from The Kills, bashing his guitar onstage – it’s an image that’s been placed before you over and over. ‘Elegantly wasted’. High-fashion dogshit. So obvious.”

FACT’s Louis Pattison caught up with Williamson to talk the new record and discuss mod, the Wu-Tang Clan, and Grantham’s most famous daughter.

Might as well start a bit topical: you’re originally from Grantham, birthplace of the late Margaret Thatcher. How would you summarise her legacy?

Interesting to see how well the propaganda weapon has numbed people’s minds when questions about Thatcher are asked. Just one of many legitimate criminals who represent world order. All this shit about ‘right to buy’ or ‘bringing the country into the modern era’ starts falling out of people’s mouths. Her legacy is Noel Gallagher waving a Black Amex card in front of an Australian interviewer and proclaiming that ‘that’ was the reason why people were jealous of him. Her legacy is the heroin addict who you used to go drinking with. Strange when people speak highly of her, especially people in the same cart as you.

Sleaford Mods seems to draw on pretty large reserves of anger and frustration, but it’s creatively expressed, obsessed with language. If I was trying to describe it to someone I’d bring up John Cooper-Clarke, The Fall, perhaps The Streets, at a stretch – but I think all comparisons are ultimately pretty misleading.

I liked Original Pirate Material by The Streets. That intro track leading into ‘Has It Come To This?’ really was something else, I thought. Sparse, really DIY. He fucked it though didn’t he? Stuff after that wasn’t up to much. Not heard much Cooper-Clarke or The Fall. Sleaford started by accident – I stumbled across it. It’s punk. I know that sounds a bit crap, but it’s true. 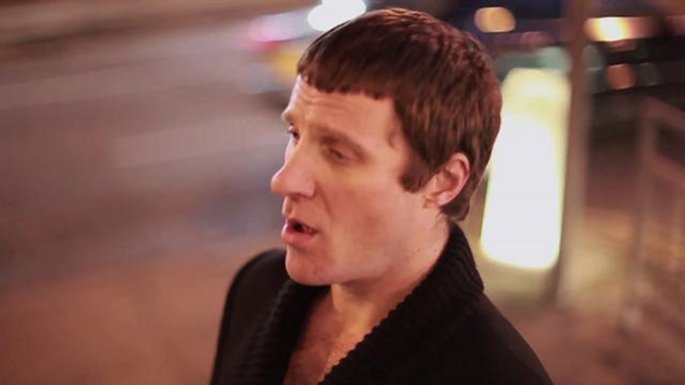 The short biog on your Bandcamp reads “Used to be in bands, fuckin hated it”. Can you flesh that out a little?

After raving lost its shine, I started playing the guitar and writing Small Faces-type tunes. The trend in mod had remerged through Oasis and Weller’s solo stuff, and with that the real big boys from that ‘60s era started to get more exposure – Marriott, Winwood, Julie Driscoll, Terry Callier. I got into all that – it was new to me, so it sounded fresh. I was in a couple of bands like that – bit cheesy really. Most projects came to nothing. Born out of drug sessions, fuck all. Around 2004 the resentment started kicking in. I started getting pissed off with these industry success-story wankers waving the carrot. The idea that the perfect song was the only way out of this miserable life really got people – you know, ‘the song’? Fuck off. Sleaford Mods came about after one particular session that wasn’t going anywhere. I started shouting over this death metal loop my mate made as a piss take, and I haven’t looked back.

Musically speaking, what are you looking for from the tracks? I’ve heard some of your earlier tracks, like ‘Double Diamond’, which are built on sampled loops. But the material collected on Austerity Dogs goes for a harder, stripped-down sound – bass guitar, drum machine…

The loop for ‘Double Diamond’ was nicked off Truth by Jeff Beck – that track ‘Morning Dew’. I was really into that dusty loop sound for years – old soul loops, like you might find on a lot of rap tunes. But then I got into bands like Two Lone Swordsmen, especially From The Double Gone Chapel, so I wanted that rumbling bass and minimal beat thing. I met Andrew three years ago and he had the right idea with his beats, so we started writing stuff. Austerity Dogs came from that.

I read you were really into the Wu-Tang Clan, and while what you do is clearly pretty different I can hear points of comparison: the use of word-play and metaphor, the way that the music sucks you into its world.

The Wu-Tang are bleak. That first batch of work before the money started rolling in really stuck with me. Don’t get me wrong, anything after that was good too, but that first album and first batch of solo albums really got me. It reeks of hopelessness and chaos and nonsense. You can put that to your own life, and I did. They switch from stories to absolute bollocks in one verse. Also, the accents – there’s no glamour, it’s just how they talk.

Music used to be a vessel for political thought, or as a harbinger of social change. Nowadays, it’s said, “people don’t write protest songs anymore”. Are Sleaford Mods political, in any clear sense?

Anarchy. Leaders don’t give a fuck about you do they? Only way you are going to get any attention from a minister is to elevate your social standing by obtaining the same kind of money. You tend to get taken seriously then. Without it, you’re a pleasant comment in front of the camera and a disposable unit in the policy room.

What’s your relationship with mod culture? It’s there in the name, it’s there in your look, but you’ve been pretty scathing about Paul Weller, Bradley Wiggins…

Weller isn’t a mod, is he? He was in The Jam, I suppose, but as you get older and life reveals more you realise he was just pulling your fucking leg. Mod is the blue-collar worker, the faceless outspoken – not Weller, or any other glamour twat for that matter. And Wiggins – well, last summer was horrible. The Coalition were just starting to piss on everybody’s garden and then Wiggins comes along. People love a familiar image, don’t they? He’s got a name like one of the Dambusters and he’s modelling Fred fucking Perry. When I was a kid you had blokes with beer bellies and ‘50s hairdos chain-smoking near the fruit machine. Now you’ve got Liam haircuts and all that. Memory-lane mod has been imprinted on the minds of the last two generations so badly. It’s become the new uniform for mediocrity.

Do people come up to you after shows? What do they say?

Language has been a key tool in selling austerity to voters. The long-term effect of poverty is to destroy imagination and make worlds a little smaller. Is Sleaford Mods, consciously or unconsciously, an attempt to use language to rupture this? To define your lived experience in your own terms?

Yes, I think so. Initially it was unconscious, but as it’s grown it’s become more of a cause. People can say it’s offensive, or just a load of swearing but that’s how life is. After a time, you just cannot believe how crap existence is. Don’t get me wrong – I’m in a good place now and I class myself as a very lucky bloke. But that doesn’t mean you forget about what you’ve seen behind the curtains.