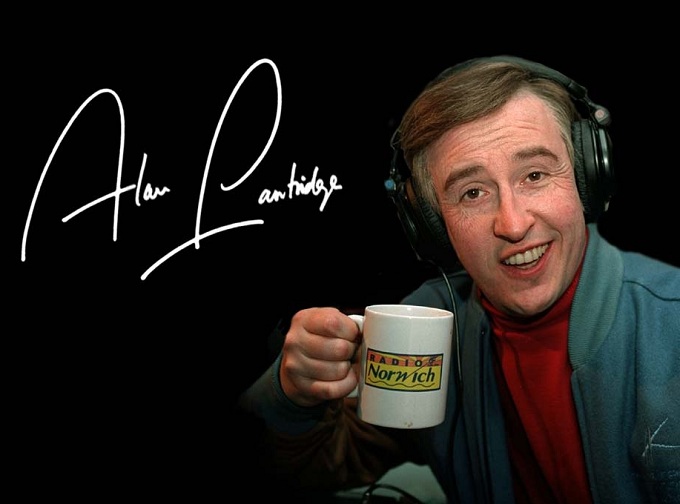 UK comedy figure Alan Partridge is a lot of things: a broadcasting staple of the Norwich area, a pioneer of the sports casual look, and the spectre that has haunted Steve Coogan’s career ever since Knowing Me, Knowing You.

In recent years, however, the ties between Partridge and electronic music have become more explicit. Maybe it shouldn’t come as a surprise – Partridge outed himself as a fan of Kraftwerk and Jean Michel Jarre back in the early ’90s, after all – but earlier this year, he became the unlikely face of a promotional video for a Hieroglyphic Being gig in France. And now, it turns out, he’s a big Daft Punk fan (also – check the similarity between the above shot and Daft Punk’s Random Access Memories font – maybe the fandom goes both ways?)

Showing the kind of guitar chops that might even wipe the perma-grin off Nile Rodgers’ face, a video of Partridge rocking out to the French duo’s inescapable new single ‘Get Lucky’ has popped up on the internet today. We can’t stop watching it, and we doubt we’ll be the only ones. Check it here, and read our first thoughts on Daft Punk’s new album Random Access Memories here.