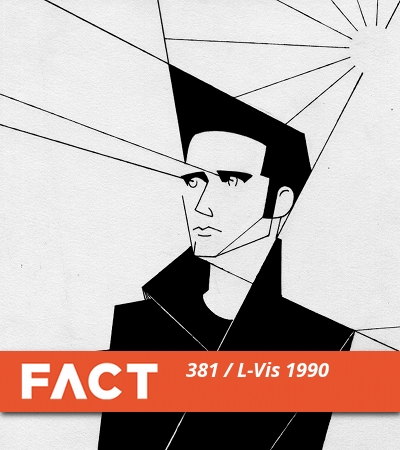 After several years running parties in Brighton, James Connolly’s story stepped into second gear when he launched the Night Slugs club night with Bok Bok. As many FACT readers will know, the club night eventually became one of Britain’s best dance labels, releasing music by Mosca, Jam City, Girl Unit and more – not to mention L-Vis and Bok Bok themselves. It’s easy to take Night Slugs for granted, but as the label reaches its third year, with several albums under their belt, they really are out on their own in terms of consistent quality and releasing dance music with staying power: how often have you heard a Night Slugs release and not been blown away on first listen, only for it to worm its way back into your sets six months later?

As for L-Vis’s own productions, 2013 finds him in the form of his life. After a vocal-heavy debut album, Neon Dreams, that divided opinion, he’s fallen fully down the rabbit hole of heavy, tape-saturated club loops, and the results have been spectacular. Last year’s NSMIX002 was one of our favourite non-FACT mixes of 2012, showcasing future L-Vis releases for Night Slugs (the aquatic Ballads EP), Clone’s ‘floor-focused Jack for Daze series (Circuits) and Fade to Mind (his chilling series of DAT Oven remixes, due for a joint release through Fade and Night Slugs). With future releases due on MikeQ’s Qween Beat and more, FACT mix 381 updates the template for 2013.