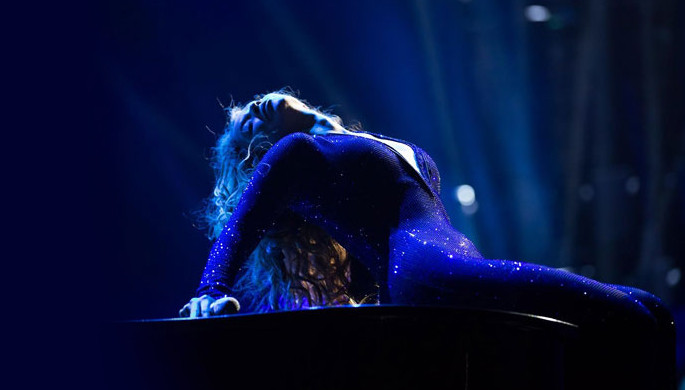 You’ll recall that the announcement of The Mrs Carter Show back in February prompted a minor furore over the decision of a famously Independent Woman to name her fourth sell-out world tour in honour of her husband.

Many stupid people – people who did not have 120 million album sales to their name, or 17 Grammys on their mantelpiece – took to the internet to express their stupidity, criticising the tour’s title as a throwback to an era of subservient womanhood.

Admittedly, Queen Bey’s public soppiness over her blissful union hardly makes her the Andrea Dworkin of pop. But this is a woman who’s got the Obamas on speed dial – if she wants to calls herself Mrs Carter, first of all, she damn well can; and second, she clearly has an ironic sense of humour that her detractors lack. Beyonce may be married, but she ain’t no wifey – and that’s what this night is all about, as the pyrotechnics and confetti cannons touch down for a near-week-long stretch at at London’s O2 Arena. 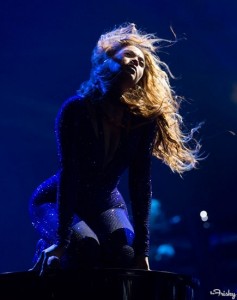 Kicking off with the more on-message crypto-feminist anthem ‘Run The World (Girls)’, the show moves like a Japanese bullet train, efficiently despatching song after song and spending barely two minutes with each one before a video screen backdrop flies up, strobes flicker on or Bey pops off to pull on her thigh-high boots or grab a zipwire to fly to the other end of the arena. It’s high octane stuff, and on the whole the balance is spot on, with just a handful of the totes-emosh balladry that weighs down her back catalogue – even ‘If I Were A Boy’ has been pumped up into something much bouncier that’s underpinned, weirdly, by the melody from ‘Bittersweet Symphony’.

But there are clunking absences too – where’s ‘Deja Vu’? ‘Sweet Dreams’? ‘Ego’? And to only bring one Destiny’s Child number – the hyper-aggressive ‘Survivor’, one of the few DC tracks that fits Beyonce’s gruffer adult voice – is a bitter disappointment for the, erm, older ladies in the crowd pining to twerk it to ‘Bug A Boo’.

Other qualms: the support act turns out not to be Luke James (disgustingly talented, takes his shirt off, single white rose, straight outta 1996) but the endless showreel of Beyonce product placements, which purport to advertise Pepsi, H&M and her own women’s charity but are actually an extension of her rampant self-mythologising, the true extent of which was revealed in last year’s  “documentary” Life Is But A Dream, a vanity project to rival Tommy Wiseau’s The Room. 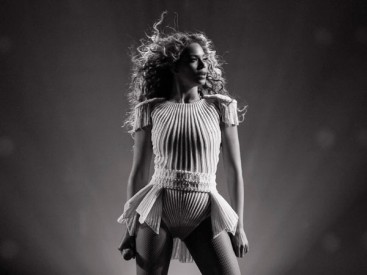 The fact that Beyonce is the real product on offer here is only affirmed by the “artsy” filler vids screened during her costume changes – exquisitely shot miniatures in which she totters, waggles, makes a coy face, etc, while her disembodied voice chews over life’s recondite mysteries in 140 characters or fewer: “Remember you who are and who you were born to be”; “The passion intensifies like a drug; are you high right now?”

But sod all that, because Beyonce is flawless surface inside and out, and that’s all that matters. Her pop star bootcamp lifestyle, first imposed by her manager father and now self-inflicted like a particularly high-functioning junkie, has sculpted her into a the rightful Queen of Pop sitting atop a throne that seems unassailable. When she rounds off the night with ‘Single Ladies (Put A Ring On It)’, ‘Irreplaceable’, a colossal rendition of ‘Love On Top’ and the mighty, blustering ‘Halo’, the mascara is damn near dripping off the stalls.

The message from Mrs Carter, as she so diplomatically informed her h8ers through the medium of song a few weeks ago, is clear: “Bow down, bitches.”