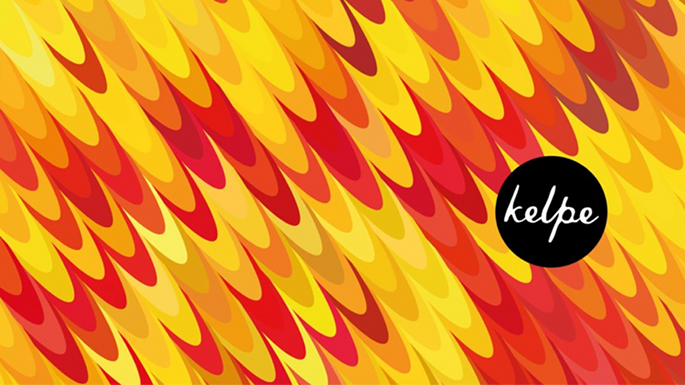 Kelpe’s fourth LP is ready to drop – and he’s hit the kit in a big way.

Kelpe caught noticed with 2004’s brittle beats LP Sea Inside Body, and ploughed a similar furrow on 2008’s Ex-Aquarium. 2009’s Cambio Wechsel was more colourful and forward than either of its predecessors, nodding to developments on the West Coast whilst still keeping a foot in a tradition of distinctly British electronica. He also dropped a pair of EPs on Svetlana Industries in 2012, and inaugurated his DRUT Recordings imprint with last year’s Answered EP.

New album Fourth: The Golden Eagle will feature 10 new tracks, cobbled together on an analogue-heavy set-up – a Moog, Korg Polysix, Korg MS10 and Doepfer Dark Energy all feature. It promises a more sunkissed listen than Cambio Wechsel, and, according to Kelpe, steadily builds to a climax over its running time:

“On the whole, I was trying to make the warmest and most analogue sounding thing I’ve done, and I think it came out best on ‘Answered’. The rest of the LP, in a way, is an extended build up to that favourite track on the record, which in itself was an opportunity to take leave of everything preceding it and go off on an epic trip.”

FACT have the first play of the video for new track ‘Single Stripe’  – an elastic bit of boogie-funk, besotted with old library music and heavy on the hardware. Fourth: The Golden Eagle is due on June 3 on DRUT Records. Kelpe also has a handful of shows locked into the diary – dates are below.