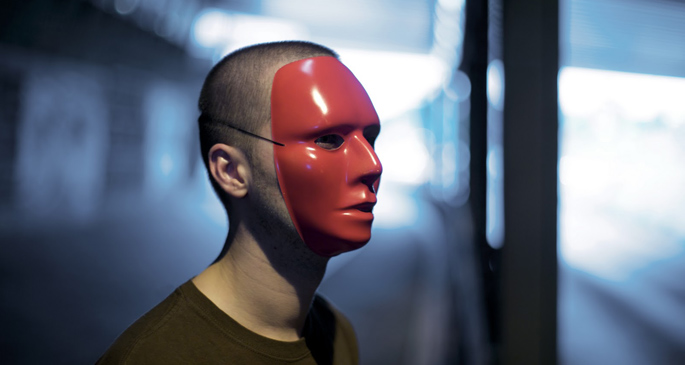 The man in the mask is back.

It’s hard to believe that it’s been three years since German techno innovator Redshape‘s first Redpack installment, and now the mysterious producer is back with its highly anticipated sequel. The six-tracker will be released on June 3 in a joint venture by Dutch imprint Delsin and Sebastian Kramer’s own label Present, and looks set to return to the kind of Detroit revivalism the producer has made his own.

Delsin have kindly uploaded a sneak preview of ‘Daft Mode’, which offers up a tantalizing snippet that matches up thick analogue drum machine rhythms with the kind of gigantic sawtooth pads that just don’t appear on tracks often enough. More than just love-letter to a bygone era of techno, the track feels like a refreshing reminder of why we still fetishize that time at all. [via Resident Advisor]