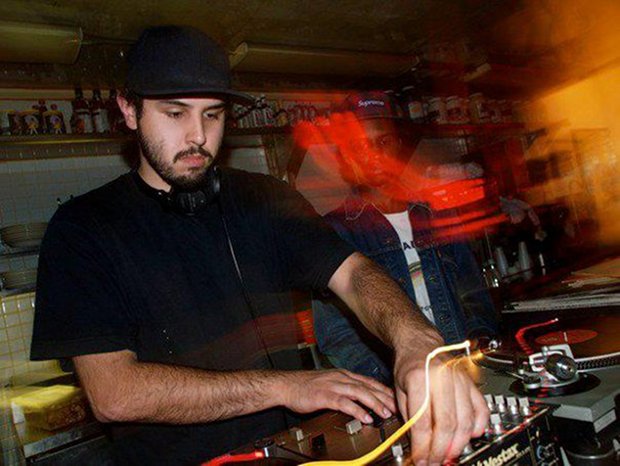 MGUN, one of the brightest starts in the techno firmament, has announced a new 12″ release.

The Detroit producer – who, incidentally, we’ll be profiling in our New Talent section later this month – first emerged working alongside Kyle Hall as NSNT PRJCT, but it’s only been in the last 18 months that he’s started making some serious moves. And what moves they’ve been – the excellent The Upstairs Apt EP for Don’t Be Afraid; the superior Harmnear 12″ for Hall’s Wild Oats label; and, best of all, The Near Future EP on The Trilogy Tapes – a scruffy, cross-genre safari, and easily one of our favourite releases of the year so far.

As Juno Plus report, MGUN’s next release will arrive on fledgling label Berceuse Heroique. For an imprint that didn’t exist in March, it’s already made some neat calls, releasing Ekman’s ultra-gruff ‘Reform’ 12″ and recruiting ambient techno duo L’estasi Dell’oroSolo and Dutch producer Gesloten Cirkel. The MGUN disc is carried by A-Side ‘Laser Jam’ – a dishevelled B-Boy cut that comes over like Cybotron jamming with Swizz Beatz, and probably the poppiest thing MGUN’s put his name to. The flip, meanwhile, is a forceful techno cut in a Drexciyan stylee, redolent of the more forceful moments on The Upstairs Apt. EP.

MGUN is also set to drop the When You’re Reading This EP, due later this month on Don’t Be Afraid.