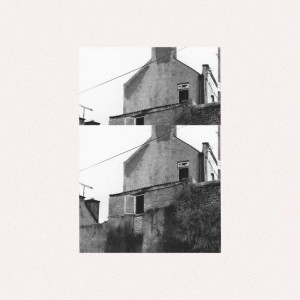 Best Available Technology – often abbreviated to BAT – is the Portland-based Kevin Palmer, a producer who has apparently been plying his trade since the ’90s, although he has only reached wider recognition in the past six months. His output to date – a release for Opal Tapes and one for Further Records – has sat well with recent appetites for punkish, half-broken dancefloor approximations. In fact, BAT’s are among the finest of their kind, often falling somewhere between the foggy sonics of Basic Channel and a particularly claustrophobic form of dub-noise.

Excavated Tapes 1992-1999, Vol. 1, for the Astro:Dynamics label, stands apart from Palmer’s other work in one important respect. Its contents, as the title would suggest, are drawn from a series of cassettes Palmer recorded in the ’90s – which makes these tracks’ relevance to current concerns particularly impressive. But while Palmer’s contemporary productions are undeniably lo-fi, they tend to feel pretty tightly arranged and clear of purpose. This material, by comparison, sounds far sparser and more provisional. There is often an exploratory quality to the way each track unfolds, and at points it feels like we’re hearing fragments isolated from some larger composition. Those qualities make this release a little trickier to break into than Palmer’s more recent output, and perhaps slightly less rewarding when you do – but that doesn’t mean there isn’t plenty of interest here.

Excavated Tapes is at its most rewarding – and its most prescient – when it falls back on a raw techno stomp. ‘Prmtv TDK SA-X100’ is dubtechno of a sort, falling away to a single hypnotic bleep-texture at the midpoint – although when the kick returns it’s not a drop so much as a grim resuming of function. ‘Prmtv 02 TDK SA-X100’, meanwhile, picks up the pace, with mucky claps semi-audible in the mist of background texturing. Techno is just as often referenced obliquely, too – particularly in ‘Chm bss clp Maxell 94’, whose sizzly hi-hats and ethereal synth-work read like a sort of pulpy Jeff Mills; sci-fi intrigue rendered on the cheapest possible equipment.

Moments where rhythm takes a back seat have an unsettling charm of their own. Opener ‘Trvlr TDK SA-X100’’s muted chords seem soporific at first, before being overwhelmed by a metallic churn of delay. ‘Grnd TDK SA-X100’ would be almost meditative were it not for the clotted, invasive drone that forms its backbone. ‘Keys TDK SA-X100’, with its chittering percussion and gentle melodic loops, thrives on a juxtaposition of the frenzied and the pastoral; a technique that Palmer could conceivably have borrowed from the Aphex Twin. In fact, the Aphex reference, surfacing again in the sunny melodics of closer ‘Wt Drms Cso Maxell 94’, is the only thing that might risk dating this album. For the most part Palmer’s forbidding sketches are primitive, yes, but oddly timeless too.