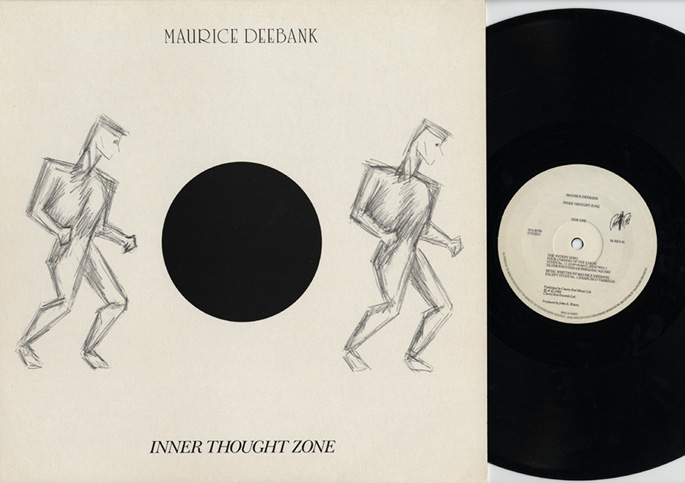 Maurice Deebank, best known for his work as lead guitarist with peerless 1980s indie combo Felt, is to reissue his solitary solo LP.

Deebank played with Felt on their crucial early albums, appearing on the likes of Crumbling The Antiseptic Beauty and The Strange Idols Pattern And Other Short Stories. Much of those records’ otherworldly charm was a result of Deebank’s limpid, intricate guitar work, comparable in scope and flair to Vini Reilly’s work with The Durutti Column.

Inner Thought Zone, released in 1984 on Felt stable Cherry Red, is Deebank’s first and only solo release. The six-track instrumental collection offers the thrilling sound of a band member sprinting after his muse. Deebank’s playing – all acciaccaturas and tangled arpeggios – is classical without being austere; aided by synth washes and subtle bass work from David Elson, the result is an oneiric and instantly accessible collection of 1980s psych, and one throughly deserving of its cult classic status. Following the release of Inner Thought Zone, Deebank handed in his Felt notice, leaving the group after the sessions for 1985’s Ignite The Seven Cannons.

As Exclaim report, 1972 Records are set to give Inner Thought Zone a CD and vinyl reissue in Summer. The release arrives two decades after Cherry Red’s 1992 CD repress of the album, which expanded the record from six tracks to ten. Given 1972’s previous form, don’t expect any bonus goodies or extra tracks.

Inner Thought Zone will arrive on June 11. The vinyl edition will follow on July 9.