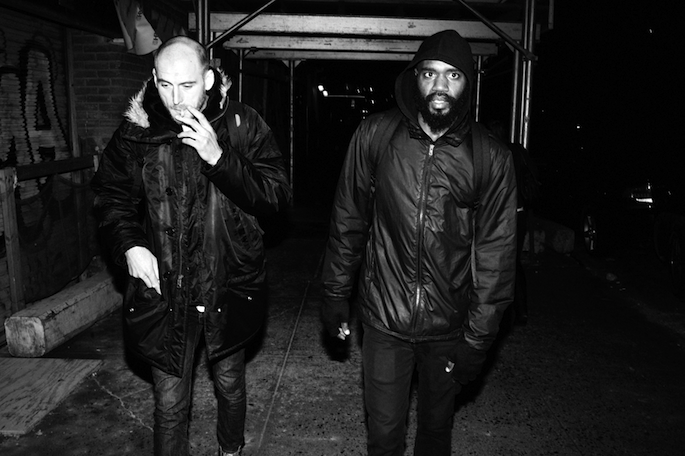 Hill isn’t touring with the band, but he’s “very much still in Death Grips.”

As Pitchfork points out, Death Grips pulled a similar trick when they cancelled a host of dates to record NO LOVE DEEP WEB. A statement says that Hill is working on a feature film (that will be soundtracked with “all new Death Grips music”) and is recording the band’s new album.

Zach is currently writing, directing and soundtracking an original feature film. The movie is of his own creation, fictionally based and not related to the group. The film will be soundtracked with all new Death Grips music. He is also working on and recording the new Death Grips album at the moment. Death Grips is Stefan. Zach. Andy. Zach is very much still in Death Grips.

Last year, Death Grips made headlines by giving away their album, engaging in a war of words with their label, and eventually being dropped by Epic. The band also remixed The Prodigy’s ‘Firestarter’.