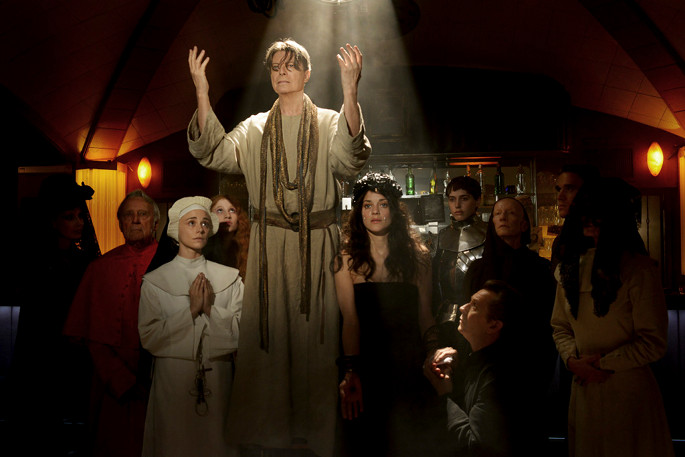 The Catholic League – self-styled as America’s “largest Catholic rights organisation” – have taken aim at David Bowie over his irreverent ‘The Next Day’ clip.

In a blog post, Catholic League president Bill Donohue has savaged the video for its cavalier use of religious imagery, writing that “the video reflects the artist—it is a mess.” In catty fashion, he also described The Great White Duke as a “switch-hitting, bisexual, senior citizen”. As well as picking apart the storyboard, Donohue challenges the singer’s previous stance on religion:

Bowie is nothing if not confused about religion. He once made a public confession: “I was young, fancy free, and Tibetan Buddhism appealed to me at that time. I thought, ‘There’s salvation.’ It didn’t really work. Then I went through Nietzsche, Satanism, Christianity…pottery, and ended up singing. It’s been a long road.” Too bad the pottery didn’t work.

But Bowie didn’t give up trying to figure out who he is. “I’m not quite an atheist and it worries me. There’s a little bit that holds on. Well, I’m almost an atheist. Give me a couple of months.”

Well, Bowie has had more than a couple of months—it’s been ten years since he spoke those words. Not sure what he believes in today (anyone who is “not quite an atheist” is not an atheist), but it’s a sure bet he can’t stop thinking about the Cadillac of all religions, namely Roman Catholicism. There is hope for him yet.

The League has taken umbrage with Bowie before, criticising a 1997 ad in which Bowie also struck Christ-like poses. In happier Bowie news, John Peel’s enormous collection of David Bowie 7″s was recently added to The John Peel Archive – head here to browse. [via Billboard]