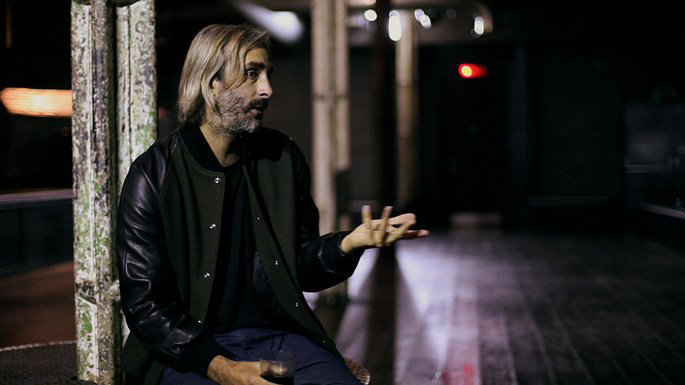 DJ Falcon has started recording original music again, and plans to at least have an EP ready for the end of 2013.

Although Falcon’s one of a number of artists to have collaborated with Daft Punk on the duo’s new album Random Access Memories – you can stream an early version of ‘Contact’, the track he features on, here – his ties with the group run the deepest. After meeting the group while A&Ring for Virgin, Falcon went on to collaborate with one of their members, Thomas Bangalter, as Together, releasing two singles (‘So Much Love to Give’ and ‘Together’), and released an EP on Bangalter’s Roule label.

‘Contact’ aside, Falcon hasn’t released any original music since the 1990s, but has got back into the remix game in the last year, lending his touch to Justice’s ‘New Lands’, Alan Braxe’s ‘Time Machine’ and Alex Gopher’s ‘Hello Inc’. In a forthcoming FACT TV interview, conducted before his appearance at XOYO this weekend gone, Falcon reveals that he’s working on a forthcoming remix for Phoenix, and more interestingly, original material with Braxe – who is Falcon’s cousin. Although Falcon’s relatively tight-lipped about how it might sound, he tells FACT TV that it’s mostly analogue – he can’t focus when he’s trying to make music on a computer – and that he plans to have an EP’s worth of music ready by the end of the year. However, it might turn into an album, in which case the whole process will take a bit longer.

The full interview will be posted later this week on FACT TV; in the meantime, you can stream Bangalter and Falcon’s ‘So Much Love To Give’ below.