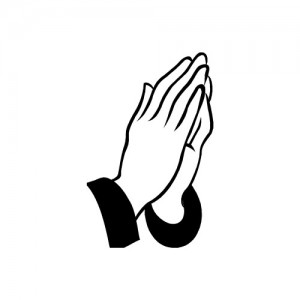 Dean Blunt, if that is his real name, could be the premier art prankster of our time.

Although his output so far – from the groggy, hypnotic sketches of early Hype Williams releases to the duo’s astounding full-length for Hyperdub last year – is, broadly speaking, musical, Blunt’s lineage can be traced back to acts like Throbbing Gristle and The Pop Group, whose praxis, to borrow a bit of artspeak, saw music as a vehicle for radical expression that could tear holes in the fabric of polite society. More recently, that approach can been heard in the oeuvre of fine artists like Billy Childish with his Stuckist rock and roll ethos, and Martin Creed, who, as well as winning prizes for switching lights on and off has released singles with titles like ‘Fuck Off’ and ‘Die’, and last year appeared as Hype Williams’ support for a gig in north London.

Blunt also has an ongoing relationship with the ICA – famously the venue for Throbbing Gristle’s tabloid-baiting Prostitution show in 1976 – holding the playback for this album, his second solo release after last year’s The Narcissist II, at the London art gallery earlier this year. A stage play penned by Blunt was also due to be performed there some weeks later, but was cancelled without explanation, while elsewhere in London he’s exhibited his own “mixed media works” of varying quality.

All of which brings us, finally, to The Redeemer. Scanning the track titles, from the Angel Haze and Drake references of ‘I Run New York’ and ‘Papi’, to the portentous ‘Seven Seals of Affirmation’ and ‘Walls of Jericho’, Blunt’s typically irreverent splicing of high and low culture seems present and correct. But the change in mood is palpable from the opening bars, a string quartet flurry that gives way to obviously synthesised strings and a beginner’s drum beat. Blunt’s voice narrates, setting the scene: “So call me when your heart is empty, so happy we can still be friends.” The drums fall out. The pace slows. This is his break-up album.

From there the record follows a bumpy trajectory as our hero comes to terms with his loss, utilising the tried-and-tested signs and sounds of heartbreak – acoustic guitars, lapping waves, gushing strings – to express his pain. But the mood is constantly sullied by interruptions from the outside world – mumbled voicemail messages, snippets of movie dialogue, smashing glass. The glass, that classic grime sound signifying nihilistic abandon, is here followed up by wailing car alarms – the broken window has consequences, and consequences are what The Redeemer is dealing with.

Standout moments include the nauseating ‘Make It Official’, a jazzy miniature in which Blunt plays the sloshed ex-lover whose got the wrong end of the stick, and ‘Papi’, a genuinely touching ballad about the old flame (“You bring out the best in me,” he mournfully admits), which ends with a New Year’s Eve countdown, Big Ben chimes and all. Folk singer Joanne Roberson appears on the impossibly lovely fingerpicked ballad ‘Imperial Gold’, while Blunt’s collaborator in Hype Williams (and possible muse for this album) Inga Copeland sings on the more typically HW-flavoured title track.

The album comes to a head with closer ‘Brutal’, which sees Blunt chastise his absent lover for thinking she’s better off without him over big, blustery, Tori Amos-sized piano bashing, before a final robotic voice announces he has “no more messages”.

While several obvious break-up tropes can be heard on The Redeemer, can we really believe that Blunt would be so literal? Every moment of apparently genuine heartbreak is undermined by a self-conscious awareness that these weepy strings and lachrymose vocals are just cribbed from pop culture’s lexicon of misery. “Nothing means anything anymore, so people should stop trying to make sense of things,” he once said. Faced with trying to communicate a feeling as raw as lost love, he too has reached for the cliches. They may be banal and apparently devoid of sincerity, but for Blunt, they capture our inability to say what we mean or mean what we say in these strange, post-ideological times.

So yeah, Dean Blunt is an art prankster. But this time, I think he really means it.