Snow-fi: behold this 7″ record made of ice 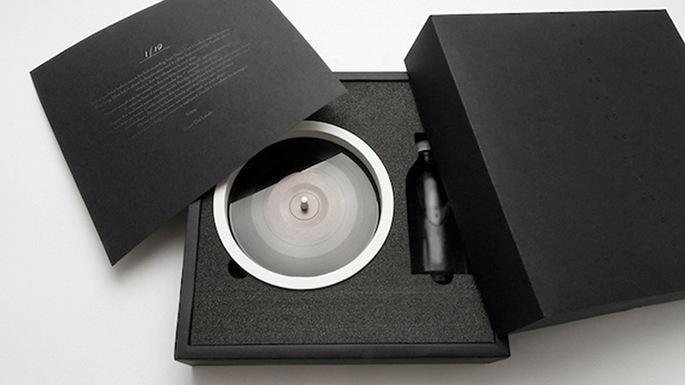 You’ve gawped, raved and ranted at last week’s post on the first record manufactured out of wood – and now it’s time to lower the temperature.

Following on from Amanda Ghassael’s ply copy of Radiohead’s ‘Idioteque’ – or, as any right thinking person is referring to it, ‘Idioteak’ – The Vinyl Factory point towards another unlikely record format – ice.

The 7″ record is the brainchild of Swedish indie combo Shout Out Louds, and contains their new single ‘Blue Ice’. Produced by Stockholm ad agency TBWA, the disc is shipped as a DIY mould, which listeners then have to fill with water and freeze themselves. The resulting record actually plays on a regular turntable, albeit not for long – expect a noticeable depreciation in sound quality when, inevitably, the disc begins to melt. Ten copies have been produced, and will be dispatched to lucky/bemused Shout Out Louds fans across the world.

According to TBWA boss Alex Fredlund, the project wasn’t without its challenges:

“We talked to professors at different universities telling us it would never work out, so we had to develop the technique ourselves…One of the biggest challenges was that the bubbles made the ice cloudy and messed up the tiny tracks, which made the needle jump.”