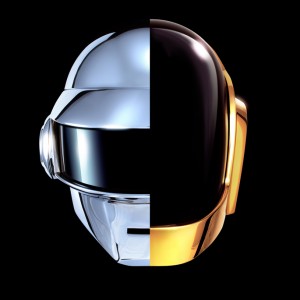 Daft Punk have been playing robots since the mid-‘90s, but let’s look at the reality here: Thomas Bangalter is 38 and Guy-Manuel de Homem Christo is 39. They are grown men – wealthy, grown human men – with families, and Bangalter’s now sensible enough to have mostly stopped DJing to protect his ears. Is it really a surprise that after almost three decades of making music together, not just as Daft Punk but as salad days projects like Darlin’, that they have gone and made a soft rock record?

For all the talk of Chic, Random Access Memories isn’t a disco album – it’s a soft rock LP on a throwback (read: big) budget, by two people whose last major project was soundtracking a Disney movie in California. It sounds as good, in a recording sense, as Tron: Legacy did (don’t let that iTunes stream fool you – listen to Random Access Memories in full quality on decent speakers and it is a fucking top pocket production), and it’s about as subtle as your average modern Disney film too. Sad robots long for the past, Moroder reminisces about the future, Paul Williams remembers how to touch and Pharrell loses himself to dance – if the message of Random Access Memories wasn’t made clear enough by the album’s pre-release campaign then you’ve certainly been beaten around the head with it by the time you hit its half-way point. The Internet’s here, computers are shit, it was all better before when music was made in studios rather than bedrooms. It’s all true, of course, but they don’t half go on about it.

But as long as you’re prepared to accept that it’s a Hollywood production inspired more by Steely Dan and California highways than Cajmere and French basements, then Random Access Memories is a treat. Sure, for all those weepy robo-vocals there’s a level of intimacy that’s lacking – when I first heard the album at Columbia’s UK office, I used Darkstar’s early singles as an example of what’s missing, but the more I listen to it I think that the scratchy radio rock of Dean Blunt’s The Redeemer and classic Ariel Pink are better comparisons – but this is Daft Punk’s middle-aged, million-dollar musical, what were you expecting?

The collaborations mostly come through: Nile Rodgers’ guitar playing never gets old, Julian Casablancas and Pharrell show up Daft Punk’s vocals on tracks like ‘Game of Love’ as amateur, and although he’s not in their league as a vocalist, it’s hard not to get behind Todd Edwards belting out the Super Sounds of the Seventies on ‘Fragments of Time’. As for ‘Touch’, Random Access Memories’ eight minute centrepiece, it officially only features veteran songwriter Paul Williams but if the song’s liner notes credit Jools Holland, Alan Cummings and Andrew Lloyd Webber with contributions then God knows I won’t be surprised. It’s embarrassing. It’s awful. It’s Disney on Ice. And yet, the more I listen to it, the more I can’t help liking it. Maybe it’s familiarity, maybe it’s the backing vocals, maybe it’s buying into Random Access’s whole shtick a little too much, but I’m down.

There’s obviously aspects of the album that could be better. Bangalter’s one of the greats when it comes to hammering one dumb riff into a 10-minute classic, his work with Together proved that, but the full version of ‘Get Lucky’, for all its simple brilliance, could have done with giving us a bit more than just repeating the two minutes we saw on that Coachella trailer with marginally different lyrics. Daft Punk’s vocals, again, aren’t on the same level as their guests, and although taken in isolation ‘Beyond’ and ‘Game of Love’ are fine, you could cut one or both of them and I imagine most listeners would relish a little less talkbox. I’m not sure if anyone’s having fun with ‘Motherboard’.

People have complained that Random Access Memories is cheesy. Another reality check: Daft Punk have always been cheesy. ‘Digital Love’? ‘Around the World’? ‘So Much Love to Give’? They’d all be howlers in less adept hands. Just as Discovery saw the duo graduate from house music to pop, Random Access Memories is the most natural reaction that a pair of rich men pushing 40 could have to a world where house and pop are spawning sewage at an all-time rate of knots: call some famous friends, block out the outside world, and make an album not just by their own rules, but for nobody else but them to enjoy – a fact that in the duo’s recent interview with GQ, they seemed more than comfortable with. If I was in their shoes, I’d be doing the exact same thing, and I’m more than happy to be along for the ride.