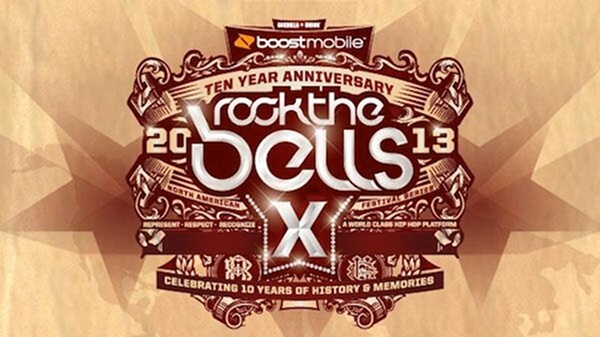 Rock The Bells – otherwise known as rap’s greatest show on wheels – has announced the bill for its 10th anniversary edition, and they’re taking a few cues from Coachella 2012.

The Wu-Tang Clan will celebrate twenty years since Enter The 36 Chambers by summoning Ol’ Dirty Bastard from the other side in hologram form. The Clan’s set – which will likely feature some nods towards their forthcoming studio LP – will boast an “original virtual performance” from the former member, who died following a drug overdose in 2004. Bone-Thugz-N-Harmony will also get in on the action, summoning a projection of the late Eazy-E, formerly of NWA.

The flesh-and-blood bill has also been partially announced, and, as ever, it’s a corker. Danny Brown, Juicy J, Black Hippy, Tyler, The Creator, Big K.R.I.T, Common, E-40 and Too $hort, Kid Cudi, Flatbush Zombies, Jurassic 5, Talib Kweli, Curren$y and Brother Ali are all confirmed, with more acts to follow. The tour will run from September 7-8 in San Bernardino, September 14-15 in Mountain View, September 28-29 in Washington and October 4-5 in Rutherford, New Jersey. Tickets and further information are available here. [via Pitchfork]