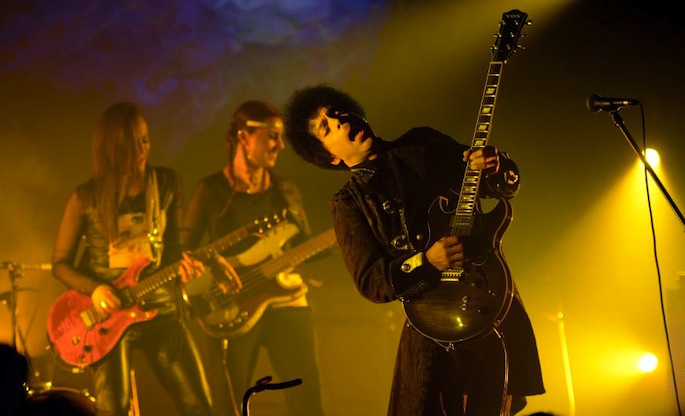 The Purple One sits down for a lengthy interview with the Minneapolis Star Tribune.

The main topic of discussion seems to be his new backing band, 3rdEyeGirl. “I have my legacy,” he said. “It’s time for their legacy. They’re a Minneapolis band, too.” 3rdEyeGirl is comprised of Louisville drummer Hannah Ford Welton, Toronto guitarist Donna Grantis and Danish bassist Ida Nielsen (who has played with his New Power Generation ensemble).

Prince has recorded enough material with the band for an album, which will be released later this year via artist-friendly portal Kobalt Music Group, and it would possibly include previously premiered singles ‘Plectum Electrum’, ‘Screwdriver’, ‘That Girl Thang’, and ‘Live Out Loud’ (below). A video for Prince’s new single ‘Fix Ur Life Up’ is due out soon.