“All the mysteries are still there in the music.” LA’s Baths on his skewed version of pop 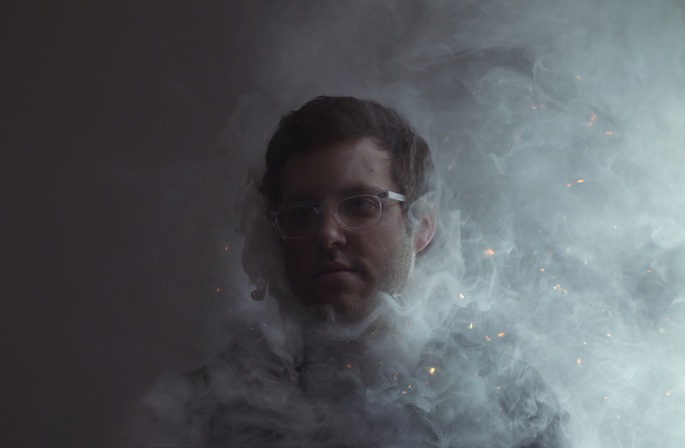 Later this month, Will ‘Baths’ Wiesenfeld will release his second album, Obsidian. It is a departure from his ambitious Cerulean — but that shouldn’t be a surprise.

When we last spoke to Wiesenfeld, back in 2010, he described the tone of the then-unfinished album as “almost antithetical to Cerulean,” and promised “heavily thought out ideas mixed in with more spontaneous ones.”

True to his word, Obsidian is not just darker, both lyrically and musically, but also a more adventurous record, unafraid to venture away from off-kilter hip-hop beatcraft of Cerulean. Like artists as diverse as Grimes and Autre Ne Veut, he’s growing as a songwriter as he explores his own “skewed version of pop music.”

FACT spoke with Wiesenfeld about the recording of Obsidian, his favorite pop music, and why he doesn’t consider himself a part of LA’s beat scene.

You can hear the through-line between the two, but Obsidian is definitely a different record than Cerulean. That was a bedroom record, right?

My process has never not been that. I don’t work in studios; it’s always been a makeshift set-up at home. This new one is the same way. It may be a better caliber of production because I got better equipment, but it was still made in my or other people’s bedrooms. It’s never made sense for me to make music in someone else’s environment. I’m way too much of a control freak so I definitely need my own space and my own stuff, so I don’t have to worry about the pressure of breaking stuff or something like that.

Making this record, because I moved out of my parents’ house a year and a half ago, has been transitional. Figuring out where to record because I couldn’t do it at my apartment made the process very difficult. It’s been a crazier ordeal than doing the first one.

In 2011, you were bedridden for months with a nasty infection. How did getting sick affect the album?

It put everything on hold: it was exactly when I was going to start recording. I had set aside the time, stopped doing shows, and planned on being home. I had to cancel one of the last shows of the tour because I was really sick, and then I was totally incapacitated for 2 to 3 months. I was definitely bummed out, but it was more annoying than anything. The timing couldn’t have been worse.

Some of it tied into making the record, but the plan I had set in motion for the record — that it was darker material and darker lyrics — that realm had existed way before getting sick. I had made tracks like that even before Cerulean, but I tried to cater the tracks to a better first impression. I don’t want people to think I set out to write about how much it sucks to be sick.


“This is leaning more towards making my skewed version of pop music, that’s the whole idea.”

The lyrics of Obsidian definitely explore darker themes, notably suicide, and it can be disarming with your falsetto.

That’s kind of the feel: that it’s supposed to be almost a dichotomy. Things have a surface value; you hear it sonically as one thing, but the more you listen to the lyrics and take it apart the worse it gets. Daedelus had a really good Portuguese word for it, for a bittersweet feel; it appears pleasant but it has a darker tone. [Ed. note: possibly saudade?]

As for the evolution of your sound, Cerulean was very beat-driven, while house music and even indie rock are referenced on Obsidian.

Cerulean was simplified, as complex as it may seem. The songs happened quickly, the parts were written very quickly. It was like splattering paint on a canvas versus taking time with painting, as I did this time. They both have values for what they are — one is not necessarily better than the other. But I personally am much more down with this one since it took me so much longer and I had so much more invested in it. And I spent so much time with the first one that I’m already over like half of the songs! [laughs]

Your vocals are much more upfront and do more of the album’s heavy lifting. Are you more confident in your voice this time?

It actually isn’t a new thing for me. Before Baths, when I was doing [Post-foetus] stuff, my vocals were upfront a lot because I would be singing all the time. It’s been a part of my M.O. since the beginning, but it took a slight back seat on Cerulean because I wanted heavier rhythms to stand-out.

This is leaning more towards making my skewed version of pop music, that’s the whole idea. That’s much more the type of music I want to be making in the future, where there’s lyrics and melodies and it’s centered in the vocals, so there’s something to ride that’s very human right at the front of it and all the mysteries are still there in the music. 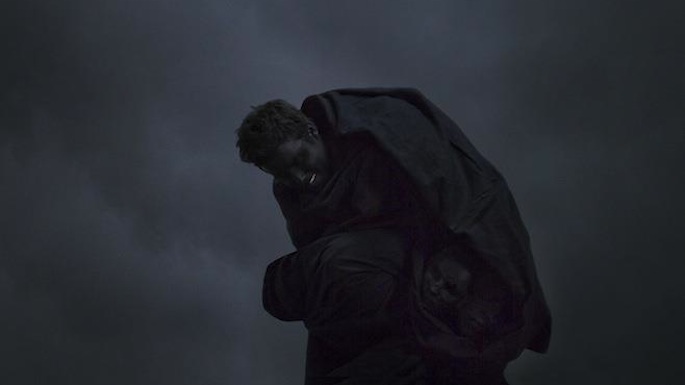 How would you describe the pop music in your background?

When I say pop music, I have so many people saying I shouldn’t say that because its the wrong idea for people. It might be, but it’s more that I have a vision for what pop music can be, and people like Björk are doing it right, where it’s used as a venue for things that are very experimental: there’s a layer of accessibility, but the deeper you listen to it the more there is to discover and the more interesting it is.

That’s my favorite music in life: music that is rich with discovery. It’s the complete opposite of a lot of pop music, where all the melodies are there and it’s great but sometimes that’s all there is, so the more you listen to a song the more it deteriorates. That’s a much more tragic form of pop music, when it just falls apart, and there’s a lot of that.

I’m still into some of that stuff, but it’s not my favorite. I’m into the stuff that you’re not even sure that you like it when you first hear it, and the longer you spend with it, the more you do. For me, pop music perfected is this band Azeda Booth, who are the main thing that inspired the feel of this record: vocally driven but very intense atmospheres and so musical.

I think it reminds the listener of what they’re bringing to it; personally, it reminds me of Death Cab for Cutie or The Postal Service.

The Postal Service record is one of the biggest records of my life. That was the turn; I was in late middle school when I heard that and I said “I want to be this band.” There are so many things that weeded their way into this record or how I make music in general. I’ve been kind of religious about Kate Bush’s Hounds of Love album, in the realm of that kind of pop experimentalism.


“That’s my favorite music in life: music that is rich with discovery.”

You’ve been grouped into the so-called “beat scene.” How would you describe how that idea has changed over the years?

I’m nowhere near as much of a part of it as some people would think, and I don’t think anyone within it really is either. I think its a very comfortable umbrella for press, but in my life, I’m not hanging out with those dudes on a regular basis. I’ve always made music by myself.

The first record being grouped in with that scene makes a lot of sense because I think I catered it to that, and I wanted that feel and the acceptance of being a part of something, but I’m not that person, musically. This record is so much more comfortable because it makes me much more uncomfortable, and that is much more my vibe [laughs].

All the people in that scene are amazing and super-talented and doing their own thing, on their own quests. The fact that I was mildly categorized with people like Flying Lotus and Nosaj Thing was awesome. I was geeking out; I was also 21 when the first album came out, so I was also like “of course!” Now that I’m slightly older, it’s very much me wanting to be my own person, one hundred percent.

Any challenges of performing this material live?

Oh my god, of course. There’s nothing worse! [laughs] Worse is the wrong word, it’s great and it’s awesome but it’s so fucking complex and you’re always teetering on the edge — “this feels slightly DJ, but I’m not a DJ and I don’t want to do that” — but it’s much easier now that it’s going to be two people on-stage playing instruments and singing.

The live show that I’m building, the founding member of Azeda Booth, Morgan Greenwood, is my bandmate. It’s so surreal, making this happen the past year. My favorite record of the last few years, I got the guy that made it for my band. That’s been a dream come true.

But it’s such a process, it never ends. We’ve been practicing for a month or so. He flew out from Calgary to LA, and we’d have days that were 4 or 5 hours of troubleshooting on our laptops. He’s a genius when it comes to that; I’m very mediocre at best. It’s a lot of me saying “we should give up and simplify” and him saying “no, we should stick with it and make it work.” He’s been a miracle worker for that. In terms of getting the songs the way they need to sound, it’s definitely collaborative: I have my ideas about it, he has his ideas too, and it’s been really solid trying to figure it out.

And what about playing songs from Cerulean, even if you’re “over” it?

I’m obligated to do a few of those songs, and there are still ones that I care about, but I’m one thousand times more stoked on the new stuff. We’re figuring what else we can throw in there.

Obsidian is due out on May 28 via anticon, afterwhich Baths will embark on a North American tour with contemporaries D33J and Houses.