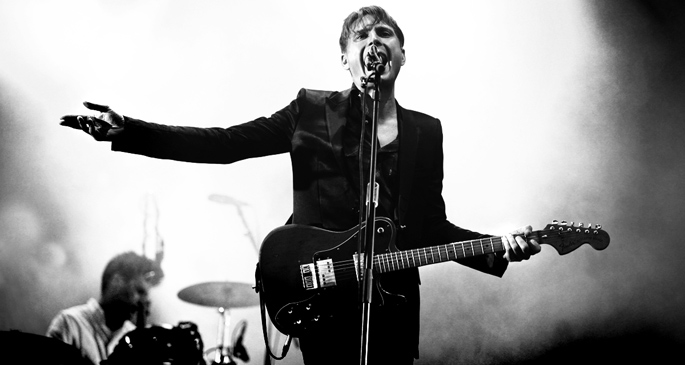 Do you want to?

The Glasgow band’s first since 2009’s Tonight, Right Thoughts, Right Words, Right Action is Franz Ferdinand‘s latest collection of poetic musings, and is described by frontman Alex Kapranos as “The Intellect Vs The Soul, played out by some dumb band.”. Take of that what you will, but the band have shared a cryptic trailer featuring a precious few seconds of music so at least we can get some sort of idea of what it’s going to sound like.

The album will be released on Domino on August 26, on a variety of different formats. There’s a regular old bog-standard single LP, a deluxe double LP that can only be bought from Domino’s own DomMart webshop which will be housed in a numbered die-cut sleeve, a CD, limited double CD, and digital. The bonus material on the double CD and double vinyl versions is apparently a special live recording made at Konk Studios in London.

It doesn’t stop here either, Domino will be offering 500 copies of a special Passport Edition of the record which will contain deluxe versions of each format, all the 7″s and 12″s from the record, high quality digital downloads and exclusive material. Now that’s how you put out a record, right?