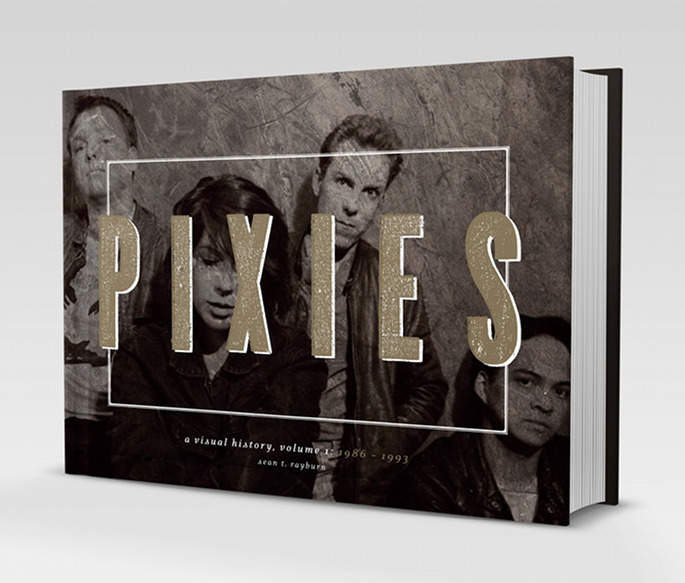 Boston’s finest are to be commemorated in a snazzy Kickstarter-funded compendium.

Megafan Sean T. Rayburn, webmaster of the band’s fan-run website PixiesMusic, has launched a Kickstarter campaign to fund a lush photographic collection of the band. Pixies: A Visual History, Volume 1: 1986-1993 will arrive as hardcover coffee table book, featuring previously unseen photos and archival images of the band during their initial recording career. The band’s members are on board with the project, with Rayburn pledging that he’ll also be meeting with their families and photographers from the period.

The Kickstarter page has set the bar very high, asking for $150,000 to get the project off the ground. The kitty currently sits at around $25,000, with the book priced at $75 and cheaper goodies like photo prints and postcards also available to buy. Provided the first edition sees the light of day, Rayburn has also promised a second volume covering the band’s post-Pixies activities and 2004 reunion.

Some of you may be wondering, “so Sean, WHY do you need a Kickstarter to put this project together?” The answer is that book publishing is very expensive, especially to do it right. To make this a great project, I am meeting with hundreds of people from all over the world, people who have worked with the band, labels and press and managers, and roadies and fans. I am also going to be meeting with the band members themselves. And their families. Pretty much anyone who has a story and some photos or memorabilia, I am coming to see you. Speaking of which, if you have a story to tell, something that would be great for this project, I want you involved!

Pixies: A Visual History, Volume 1: 1986-1993 is expected to ship in Autumn 2013. Kim Deal’s other band The Breeders have just released a ginormous 7-disc birthday edition of 1993’s Last Splash. Pixies’ label 4AD are also set to be celebrated in a new book.