“Who wants to be the Lenny Kravitz of house? Fuck that”: Contakt goes On Record for Cybotron’s ‘Cosmic Raindance’ 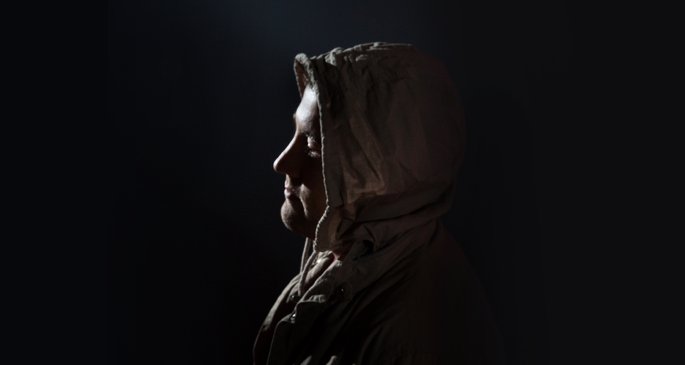 In this instalment we caught up with Contakt, who debuted on Local Action [disclosure: a label run independently by FACT’s Tom Lea] in 2010 and has since released singles through DJ /rupture’s Dutty Artz label and promising San Francisco imprint Icee Hot. Brought up in Detroit’s city sister Lansing, Contakt spent several years running the city’s Vinyl Addict record store before moving to New York, where he took on a managerial role at the Fat Beats distribution network and launched TURRBOTAX®, a monthly party that regularly brings established artists like Terrence Parker and Robert Hood to NYC, but also is prepared to take risks on less established artists like Altered Natives.

Michigan plays a huge part in Contakt’s productions; not in the sense that he makes music that sounds like the past (or, even worse, sticks played-out vocal samples about Detroit in them), but that he uses the techno template as a blank canvas to paint pictures of the stars. Like a certain pair of robots who’ve been in the news of late, he shouts out his teachers at every opportunity – teachers who, in the case of Robert Hood and Rolando, have now remixed his records – but is firmly on his own wave. We talked about ‘Cosmic Raindance’, from techno innovators Cybotron’s debut album Enter.

“Who wants to be the Lenny Kravitz of house? Fuck that.”

As someone from Michigan, what did this record mean to you, and at what age were you aware of it?

This record connected the dots for me. In the mid to late ’90s in Michigan what people now call “ghettotech” was really gaining momentum. People would mix Miami booty-rap, ghetto-house from Chicago, weird Detroit electro like Drexciya, and Detroit techno records that were 33 rpm played on 45, with r’n’b, jungle slowed down, etc – basically anything goes, quick mixing, tons of scratching, etc.

I remember hearing this record for the first time at an outdoor party, I was probably 15 or 16 at the time, the DJ was a guy named Ruckus who went on to mentor me. At the time though it was this wild outdoor party, I was still in high school and I remember hearing him play this record super fast on like 45rpm, -8 and just really connecting to it. It didn’t sound like anything I had ever heard but it had elements that connected to everything I loved.

Did you get into techno from an early-ish age, then?

I would say I got into techno pretty early, high school, but after hip-hop. I had been playing bass guitar, trying to emulate guys like Jaco Pastorious and Marcus Miller, and kind of got into hip-hop through figuring out that guys like DJ Premier and Pete Rock were sampling records by artists I loved. I was DJing hip-hop but at that time in Michigan you would hear these Detroit booty rap DJs – that’s what we called it then, I didn’t hear ghettotech until later, maybe ’99 or 2000. Anyway, you would hear these DJs like Waxtax-N Dre, Crazy Caz, and Gary Chandler on the weekends playing all this different music but mixed with R&B and hip-hop, it’s hard to not be captivated. You have incredible, turntablist style DJing, you have hip-hop and r’n’b that the masses can connect to, and then you have all this Detroit techno and electro – records like Drexciya, Aux 88, and Model 500 that just don’t sound like anything else, especially not when you play them super fast.

You mention the turntablist style, FACT posted a Derrick May mix from the early ’90s recently which was proper instinctive mixing, heavy chopping, scratching etc, and the comments were torn between people saying they missed this style of mixing and – presumably younger – people moaning about how May wasn’t always 100% on beat. There doesn’t seem to be much DJing in that style around right now, do you feel it’s an artform that will die out soon? Or are there people keeping that kind of vibe alive for you?

Unfortunately, I think this style is mostly dead. Specifically here in NYC, DJ culture is at an all time low. The number of “DJs” in NYC who are playing off an iPhone, some crappy software that beatmatches for you, or just outright can’t select tracks or beatmatch vastly outnumbers “true” DJs. I think London and Europe there is a bit more respect, but in NYC, kids are far more likely to go see some random guitarist from the hot indie band de jour DJ off his laptop through a mono cable than they are to go see someone good. There are few people keeping this style alive, specifically Terrence Parker, absolutely outstanding DJ musically, but skillwise, he’s off the charts – check out these two videos from a set he did at TURRBOTAX®. My jaw was on the floor for a month after that one.

It’s great hearing you bring up some of those unfamiliar names – who are some of your favourite DJs that don’t necessarily get their due?

Definitely Terrence Parker who I mentioned before. I mean, he’s not unknown, but Rolando is probably the tightest DJ I have ever seen. Santiago Salazar is also another name that doesn’t get the attention he deserves. His productions are great, but his Minority Mix series on his Soundcloud is hands down my favorite mix series – the perfect mix of deep house and techno, masterfully selected.

Why this track in particular, as opposed to the more obvious Cybotron cuts?

I considered picking ‘R-9’, that was actually the first Cybotron 12″ I found. There was no Discogs, or WhoSampled, or YouTube back then. So, after that party I mentioned before, I asked DJ Ruckus about the record of course, and he played it for me when I came over, but he played on 33 – it sounds really different. Anyway, from there I was on a mission, tracking down all the Cybotron, Model 500, and Aux88 records. You have to remember, this was the mid ’90s, the internet sucked, you had to learn about records through people, or buying them because they looked cool, or had names you recognized and hoping they were good. It took me forever to track this record down! This one, and Model 500 ‘Time Space Transmat’ were both records from that era that I hunted forever to find.

Where did you used to hunt for records? Was it all local, or was there mail-order order services you used to use, or what?

“In the ’90s when I first started DJing, we would shop anyplace we could find: record stores, thrift stores, garage sales, I used to buy my Detroit booty rap records at a pager store – that was the only place that sold them in Lansing. A pager store! You had to just dig and dig and hope you found the records you were looking for, or had heard about, or you were pretty sure you saw the DJ play. Obviously, this made it a lot harder, but it was also way more fun, way more of an adventure. Back then we would shop locally, we would drive to Detroit and shop at Record Time where Houseshoes and Mike Huckaby worked, or Buy-Rite which at one point had Juan Atkins’ studio in the back. Later on a few friends opened a store in Lansing that I went on to being a partner in, and that really changed everything for me. It gave me access to more records because I talked to the distributors, and gave me connections to places like Submerge and Fat Beats that have been a big impact on my professional and musical career.

There’s a real vivid, colourful feel to Cybotron, both in the music and the titles and artwork. It’s an art that’s been kept alive by various labels and artists over the years, but the most obvious stuff to me that succeeds in that way is Red Planet, and I feel like your productions are part of that of lineage. Is that something you buy into – the imagery and imagination of techno?

Absolutely, these records – Red Planet is another great one, obviously Drexciya, Aux88, Underground Resistance, you can’t really mistake these records for anything else. Musically, ideologically, the look – these records are just different. I grew up on this music, so to be honest, I didn’t think about how special it was, because it was just there, and I just knew I liked it better than other records. It’s flattering that you hear that in my productions; I think to me, I just make what feels right and try to make something that sounds fresh and for better or for worse, I am a product of my environment – I grew up on this music. I definitely think there is a lot less creativity and imagination these days, people seem content to make throwback music. Who wants to be the Lenny Kravitz of house? Fuck that.

You’re based in New York and obviously involved in running TURRBOTAX® there, do you ever fancy moving back to Michigan?

Wow, what a great question. I have been in NYC for 13 years, almost my entire adult life, and even with all the changes it’s been great but yeah, I definitely do think about what a life in Michigan would be like. Obviously, I have family and close friends there, and I think being from Michigan impacts people and I don’t just mean musically. I think what makes me think about moving back the most is the opportunity to make an impact. Every visit I see how hard of a life many people live there, I want to contribute.