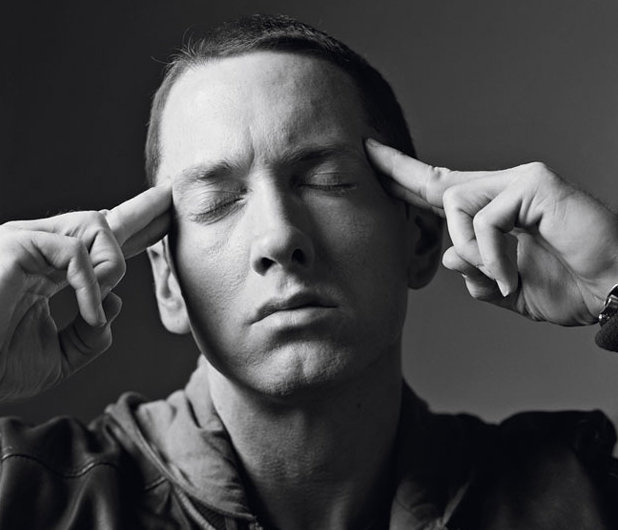 Things have got ugly between Eminem and social networking megacorp Facebook – and Dr. Dre’s been unwittingly dragged into the mess too.

As Billboard report, Eminem’s publishing company, Eight Mile Style LLC, has launched a lawsuit against Facebook over alleged copyright infringement. Eight Mile Style is claiming that the social networking site unlawfully copied a vintage Eminem track in an advert for its Facebook Home application. The advert, produced by ad agency Wieden + Kennedy in April, featured music with more than a passing resemblance to The Marshall Mathers LP track ‘Under The Influence’.

The lawsuit states that viewers of the video were quick to comment on the similarities, leading Facebook to hastily re-edit the advert – something the Eight Mile Style team holds up as an implicit admission of guilt. Despite removing the track, Facebook were still issued with a cease and desist order on the grounds that the company had no right to “alter the Eminem/D12 composition.”

The tone of the lawsuit gets increasingly vigorous from here on in, with Eight Mile Style alleging that Facebook and Wieden + Kennedy responded to their cease and desist with some flagrantly false counter-arguments, including the erroneous claim that Dr. Dre had produced the track – something the lawsuit claims is swiftly disproved by a “simple internet search”:

“Dr. Dre […] did not produce ‘Under the Influence’…After wrongfully disparaging Dr. Dre with inflammatory accusations about his practices as a producer and his alleged ‘long, well-documented history of copyright infringement,’ (which is misguided, gratuitous and irrelevant since Dr. Dre was not involved in the creation of the Eminem/D12 Composition), the letter continues with bizarre allegations that Dr. Dre has actually stolen from Michael Jackson because ‘Under The Influence’ is supposedly a rip-off of one of Michael Jackson’s songs.

Eight Mile High are seeking maximum damages of $150,000 per infringement. Eminem is currently in the process of “finishing up” his eighth studio LP.