The TDE crew is the latest to jump on Rocko’s ubiquitous (and controversial) beat.

With Black Hippy set to launch the Good Kid M.A.A.D. City tour tonight in Las Vegas (dates below), Kendrick Lamar and friends jump on Childish Major’s stark, mournful beat. Kendrick has long been rumored to be next in line to remix the track, and he doesn’t disappoint.

Unlike the litany of remixes the song has seen (from A$AP Rocky and Wiz Khalifa, to name a few), Rocko has been totally excised from his own track, even as Future is around to drop one last chorus. Rick Ross, unsurprisingly, is nowhere to be found, and a few verses include nods to Rick’s regrettable lyrics. Listen below; it starts at about 1:18. 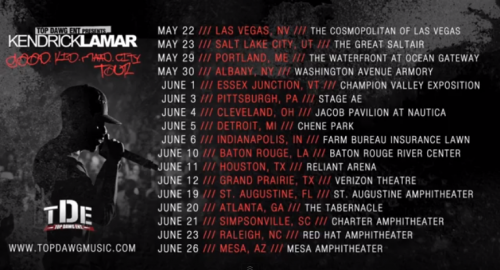